The Avalanche third-line winger just finished a breakaway chance against his former NHL team. Helm played 14 seasons for the Red Wings. On Friday night, he turned the page in a big way.

Helm scored a second-period goal for the Avs in a resounding 7-3 victory over Detroit.

“You always want to see guys scoring goals, of course, but doing it against your old team in your first game against them? It’s obviously huge,” forward Andre Burakovsky said. “I’m really happy for him.”

Helm, signed to a one-year Avalanche contract over the summer, entered the night with mixed emotions.

“I’ve tried not to think about it as much as I can,” Helm said before the game. “I’m sure when I get out there, that there will be some emotions. But I’m looking forward to it. It should be fun.”

Helm, 34, has developed into a steady depth forward for Colorado with six points (four goals) entering a Sunday night home tilt against the Florida Panthers. But it hasn’t been a totally seamless transition to the Avalanche.

“He’s not going to show up on the score sheet every night but there are things he does for our hockey team that have been really good,” coach Jared Bednar said. “I would say he’s been a little bit hot-and-cold, to be fair, but he’s found his game. He’s a sturdy player who is disciplined with the puck.”

“I feel like I can give a little bit more,” Helm said. “But I don’t think anyone is ever really satisfied with what they’re doing. I’m looking forward to continue to grow and round out my game.”

Helm is making progress with two goals over his last four games. He will have another opportunity to score against his old team on Dec. 20 — when the Avs travel to Detroit for their final meeting this season.

“It’s home,” Helm said. “I’ve spent a lot of time there. I’ve raised three girls there. I’m sure that’s where we’re going to end up when I retire. It’s been a great city to me. … I definitely think going back to Detroit will be a little bit harder. But you just play the game and go to work.” 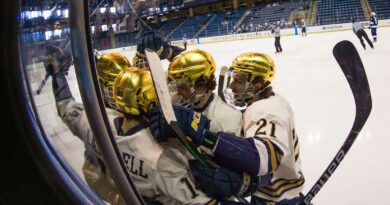