Home » NHL » Bruins retire Willie ORees No. 22: Thrilled and overwhelmed as NHL community, city of Boston light up for pioneer 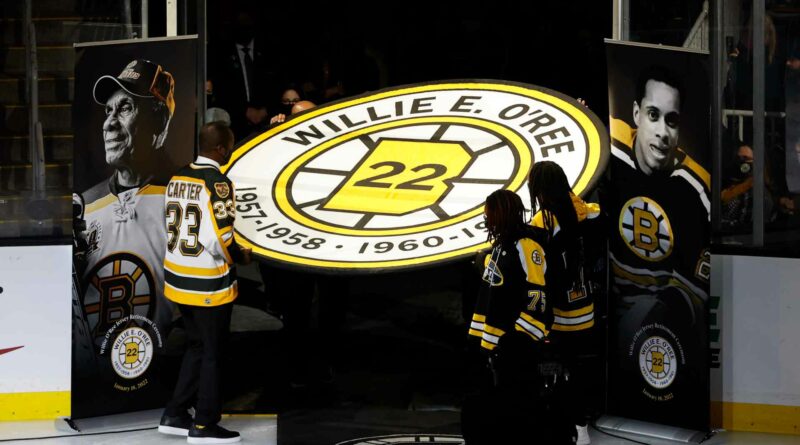 Willie O’Ree made history in Boston once again on Tuesday night.

Before the puck dropped between the Bruins and Hurricanes, Boston celebrated the first black player to play in an NHL game. O’Ree’s No. 22, was retired into the rafters of TD Garden exactly 64 years after he suited up in his first game with the Bruins to face the Canadiens.

Although O’Ree couldn’t attend the ceremony in-person due to the rise in COVID-19 cases in North America, he attended virtually as his number was hoisted into the rafters. O’Ree’s number was also painted onto the ice behind the net in celebration of the accomplishments in his career.

O’Ree first made history on Jan. 18, 1958, and became the first black player to play in the NHL. He went on to play in Boston until 1961 and recorded four goals with 14 points. He experienced harsh racial discrimination and adversity throughout his career and paved the way for future generations of players. O’Ree was inducted into the Hockey Hall of Fame in 2018.

“It was a memorable night,” O’Ree said, via CBS17 in Boston. “I’m just thrilled and overwhelmed.”

NHL players, including Wayne Simmonds and Ryan Reaves, also shared their thoughts on the ceremony. Simmonds referred to O’Ree as his ‘idol,’ while Reaves said a few meaningful words during the Bruins’ tribute video. Former NHL player Shawn Thornton, who also wore No. 22 during his career in Boston, reflected on O’Ree’s impact on the sport.

The city of Boston also joined in the celebration for the former hockey player. City Hall, Fenway Park and Gillette Stadium were all lit up in gold to celebrate the everlasting impact that O’Ree has on hockey and how he set the ‘gold standard’ for future generations.

O’Ree, who works as a diversity ambassador for the NHL said, “I think when these boys and girls come in the arena and look up at it, they’ll see you can do anything you want to do, if you set your heart and mind to it.”

The Bruins were unable to rise to the moment on the ice, however, falling 7-1 to the Hurricanes Tuesday night. 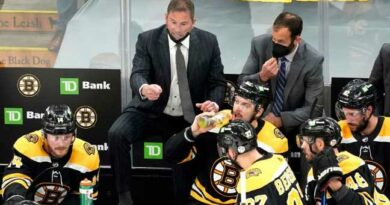