Bruins goaltender Tuukka Rask has been granted a leave of absence by the team and likely will miss Boston’s two games this weekend.

The team announced the move in a one-sentence statement released after practice Friday. Rask was not on the ice during the workout.

The release said Rask was dealing with a “personal matter,” and general manager Don Sweeney did not elaborate when he met with reporters, saying only that the issue is not health-related.

“It’s not health related. It’s important to respect his privacy and allow him to deal with it for the next few days.” pic.twitter.com/i3z1h6AL5i

“it’s important to respect his privacy and allow him to deal with it for the next few days,” Sweeney said.

The Bruins host Toronto on Saturday and Vegas on Sunday, and coach Bruce Cassidy indicated Jaroslav Halak could be in line to start both games.

According to the Boston Globe, the team will recall either Zane McIntyre or Dan Vladar from AHL Providence before Saturday’s game to serve as Halak’s backup. 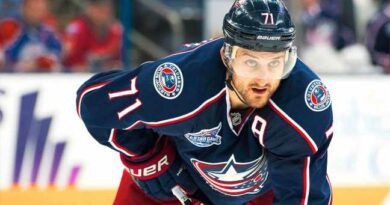