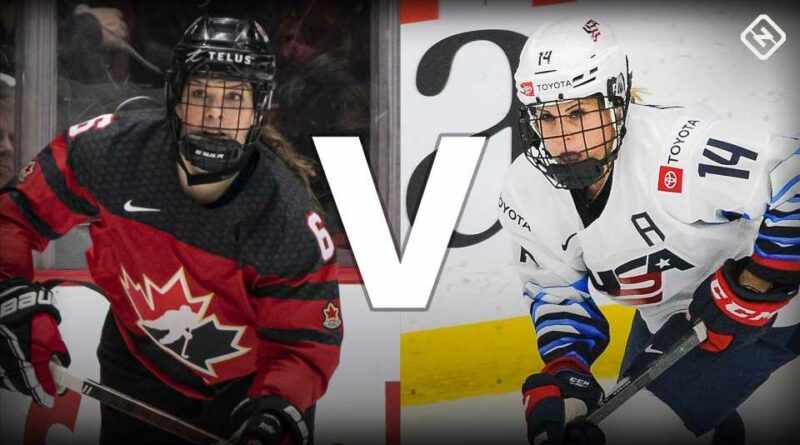 One of hockey’s biggest rivalries adds another edition Thursday as Hockey Canada and USA Hockey hit the ice at the 2021 IIHF Womens’ World Championship. The top two teams in the history of the women’s game will close out the preliminary round with a battle for the top spot in Group A. Tied atop the standings entering the game, the winner plays the third-place team in Group B while the loser plays the No. 2 team. Germany and Japan are currently tied in points for second in Group B and face off in the nightcap.

Canada will be missing a key piece as captain Marie-Philip Poulin is out after taking a puck up high in Tuesday’s win over the Swiss.

“She’s doing really well. She’s in good spirits, but as a program, as a team, we feel it’s necessary to give her a few days off and reassess her, and making sure she’s good to go here moving forward,” Hockey Canada’s director of national teams Gina Kingsbury said Wednesday. Poulin had a goal and two assists in Canada’s first three games and was centering the top line.

While Poulin’s leadership and all-around game will be missed, Canada’s second line has been firing on all cylinders. Center Sarah Fillier, in her first call-up to the national team at worlds, has three points (two goals, assist). Her veteran linemates, Mélodie Daoust and Natalie Spooner, sit atop the tournament’s leaderboard with five points (two goals, three assists) apiece. Spooner, a native of Scarborough, Ont., is one point shy of becoming just the 14th player to net 100 for Canada’s National Women’s Team.

Despite not scoring a first-period goal thus far in the tournament, Canada will need to get a quick jump on an American squad that has outscored opponents 12-0. Yes, that’s a zero. The United States has not allowed a single goal in its first three games; Canada has allowed four.

They’ll also have to face Hilary Knight, who continues her ascension as the greatest American player in the women’s game. She passed Hall of Famer Cammi Granato with her 45th career goal at the women’s worlds in USA Hockey’s win over ROC. She now needs one point to tie Granato on the all-time points list; the pair are currently tied with 78. Canada’s Hayley Wickenheiser is No. 1 at 86.

Brianne Decker assisted on Knight’s historic marker and also made some history. The Dousman, Wisc., native passed Jenny Potter and Krissy Wendell to become the all-time assist leader at women’s worlds for the United States (39). She has three points (goal, two assists) in the first three games.

The U.S. enters the game with five consecutive world titles under their belt and a 15-8-5 record at worlds — which includes eight straight wins. (Canada’s last win was way back in 2013.) Because of the pandemic, the last time these two teams met was at the 2019-20 Rivalry Series, with the Americans winning four of five games.

Sporting News has all the action as the United States and Canada reignite their rivalry on the ice (all times Eastern).

6:40 p.m. — With 20.9 seconds left in the first period, USA gets a power play as Rebecca Johnston pulls down Abbey Murphy.

6:33 p.m. — Amanda Kessel with a good chance off the right wing that handcuffs Desbiens. Kelly Pannek follows up but shoots it high.

6:31 p.m. — GOAL. Renata Fast hits the puck and it goes up and over a sprawled out Cavallini and captain Kendall Coyne Schofield who tries to bat it away. Canada leads 2-0.

6:29 p.m. — Canada thinks they scored but the referee is waving it off.

6:27 p.m. — Big stop by Cavallini on Emily Clark not once but twice as she follows her shot for a second chance.

6:17 p.m. — GOAL. Canada breaks through in the first period for the first time all tourney. Mélodie Daoust buries the puck that bounced off the backboards past Cavallini who is tending the net with a player’s stick. Canada leads 1-0.

6:16 p.m. — Canada with multiple chances as the puck bounces around in front of the U.S. net and Cavallini loses her stick.

6:15 p.m. — Emma Maltais gets the good shot short side but Alex Cavallini makes the stop.

6:11 p.m. — Blayre Turnbull with a good look off the right wing but shoots it high.

6:09 p.m. — USA defense smothers Brianne Jenner as she skates in.

5:10 p.m. — Alex Cavallini gets the start for the U.S. and Anne-Renée Desbiens for Canada. Brianne Jenner, who was bumped from the top line by Jamie Lee Rattray, moves back up and will join Rattray and Victoria Bach (moves to center). 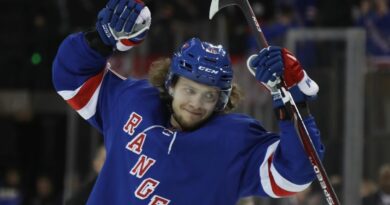 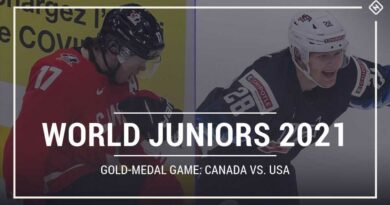 What TV channel is Canada vs. USA on today? Schedule, time for 2021 World Juniors gold-medal game