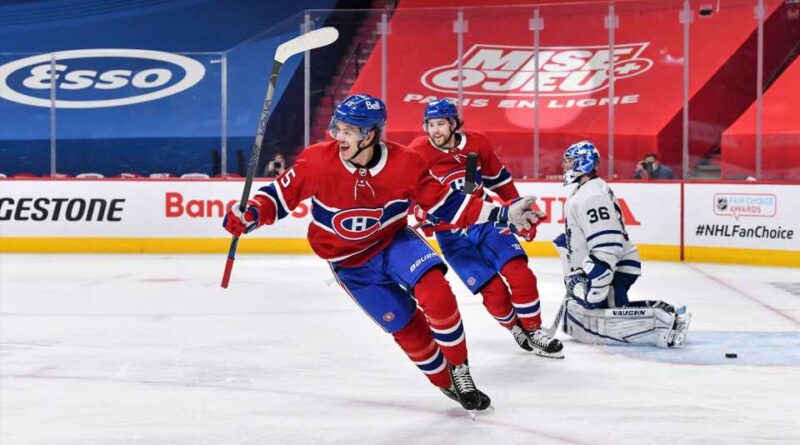 With everything on the line in Game 4 of the Stanley Cup Final, Canadiens coach Dominique Ducharme went with an interesting move on Monday, making Jesperi Kotkaniemi a healthy scratch. Jake Evans slots in.

“We like KK. He played the 75 (total) games this year, he’s been showing good progression, he had a good stretch in the playoffs. It doesn’t mean that (because) he’s not playing tonight he won’t be back.

“He’s a good team guy. He understands the situation, even though nobody wants to sit.”

Kotkaniemi is tied for second on the team with five goals in the playoffs, although his last goal was Game 5 of the semifinals against the Golden Knights. He also has three assists in his 19 playoff games.

In Friday’s Game 3, the 20-year-old was benched for long stretches and skated just five shifts in the second and third periods each. Seen sporting a black aces jersey for Monday’s morning skate, per Sportsnet’s Eric Engels, he was taken off the power play for Sunday’s game.

“Jake, he and (Paul Byron), that’s a line that showed some really good things. We haven’t used it much in the playoffs because of injuries mostly. And at one point we were on a good run,” said Ducharme. “We just want to see those three guys together. And then from there, it’s keeping (Phillip) Danault and (Brendan) Gallagher, (Nick) Suzuki and (Cole) Caufield, and Staal’s line together.

“It’s nothing against KK or anything else. We have depth. We have options. That’s the way it is. That’s it.”

Evans skated in three games against the Maple Leafs in the first round and was injured by the Jets’ Mark Scheifele at the end of Game 1 of the division finals. He played in Game 1 against the Lightning. In those five games, he has one goal, which was the empty-netter on which he suffered the concussion.

Kotkaniemi was also scratched in Game 1 against the Leafs. The Canadiens first-round (third overall) pick in 2015 has 62 points in 172 career games including 20 (five goals, 15 assists) in 56 games this season. 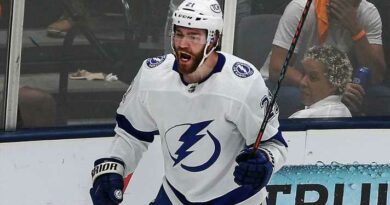 How ‘Play Gloria’ has become the rallying cry of the St. Louis Blues