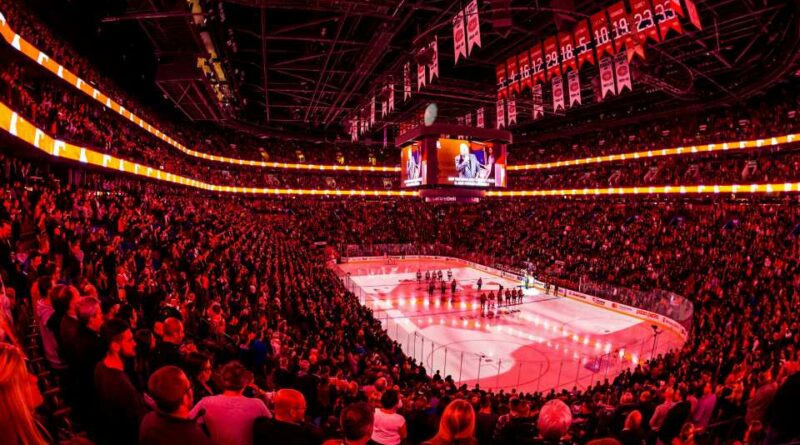 Canada will celebrate the return of fans to an NHL arena this weekend. Those who want to experience the moment from the inside will need to pay handsomely for the privilege.

Montreal’s Bell Centre will host up to 2,500 spectators, about 12 percent of capacity, Saturday night for Game 6 of the Stanley Cup playoff series between the Canadiens and Maple Leafs. The Quebec provincial government set the opening in motion last week when it eased COVID-19-related restrictions on gatherings in “indoor stadiums” and similar venues beginning Saturday.

Naturally, limited supply plus pent-up demand has sent ticket prices soaring into the thousands of dollars. Prices early Friday on Ticketmaster ranged from $1,736 CDN to $8,060 CDN, including fees and taxes. Buyers were required to purchase at least two tickets.

An example of how much the tickets will set someone back (per Bardown.com):

Seats were available in the lower and upper bowls, based on the interactive seating chart. Per Quebec’s reopening plan, seating is limited to 250 people per section.

SPIEGEL: The Old Barn and taking one step closer to normal

Montreal players were excited about fans being able to watch them in person for the first time since March 10, 2020. Players in Canada have competed either in a bubble or in bubble-like conditions since then.

“Yeah, I think, to be honest, they will deserve that game big time, and it’s going to be crazy there,” said Phillip Danault. “It’s going to be awesome. I can’t wait to be in front of our fans. Been waiting for that all year and here we are in Game 6 [against] Toronto Saturday night at home. Can’t get any better than that.”

Arenas in the U.S. were open to fans for a portion of the 2021 season. Teams have expanded capacity as local governments eased restrictions.

Jackie Spiegel contributed to this report.