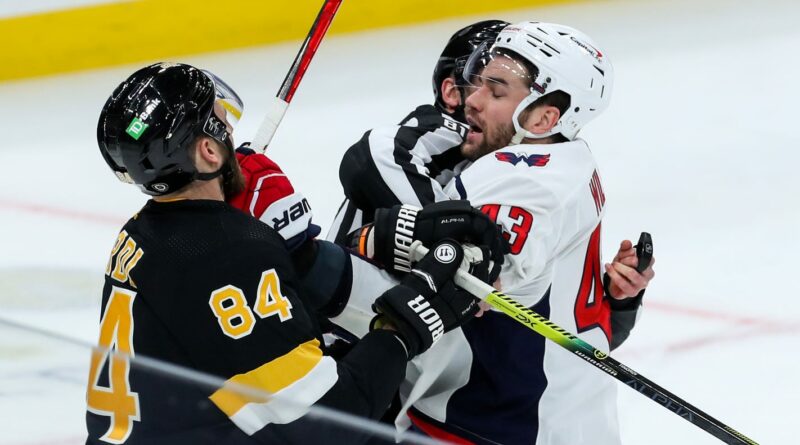 The hit occurred with less than two minutes left in the first period as Carlo and Washington's Jakub Vrana went for the puck behind the Bruins net. Carlo immediately grabbed his head after the check from Wilson and stayed down. He appeared dazed as he was helped off the ice to the dressing room.

No penalty was called on the play or during the ensuing scrum.

The Bruins announced during the first intermission that Carlo would not return to the game.

Wilson has a history of suspensions, including one for 20 games for an illegal hit to the head of Oskar Sundqvist during the 2018-19 preseason. That was his fourth suspension in 105 games. The suspension was reduced to 14 games on appeal, and Wilson changed his style of checking afterward.

Bruins players talked to Wilson on the bench at the beginning of the second period.

A little more than six minutes into the second period, Boston's Jarred Tinordi fought Wilson. Then early in the third period, Boston's Trent Frederic started a fight with Wilson off a faceoff, receiving an instigator penalty.

The Bruins and Capitals were facing each other for the second consecutive game, and the first one was also very physical. Capitals star Alex Ovechkin was fined $5,000 for spearing Frederic in that contest.