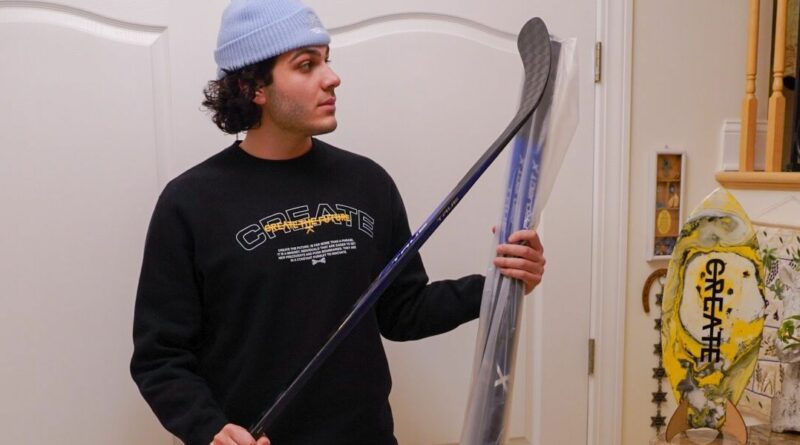 Ariel Ben-Abraham ripped open a shipping box from China on Monday expecting to find accessories for his clothing company. Instead, he found a bundle of jumbo-sized hockey sticks intended for Washington Capitals star Zdeno Chara that had been randomly delivered to a basketball fan in suburban New Jersey.

“This has to take the cake as the strangest thing I’ve gotten by mistake,” Ben-Abraham told ESPN. “Future Hall of Famer’s sticks, for the tallest player in NHL history? That’s crazy. Those odds don’t even make sense.”

His photos of the shipment from True Hockey went viral on Monday. The Capitals said they were aware of “a mix-up between the manufacturer and the shipping company,” and that the mistake was being taken care of.

“This is not something I thought I’d be dealing with,” said Corey Gregory, True Hockey’s trade marketing manager for North America. “We aren’t sure how it happened. Somehow they ended up at this young man’s house.

“We got the first notice around 5 p.m. It was a little bit confusing. How is there a young man posting in New Jersey that he had sticks? Then I looked at the box and saw that it was intended for the Washington Capitals and just thought, ‘Oh my god, they’re Chara’s.'”

Ben-Abraham runs a clothing company called Create Supply and receives FedEx shipments daily, especially from China. He gets boxes of all shapes and sizes. He opened up a shipment from China on Monday to find clothing in one box, LED signs in another box and then, to his surprise, a “bunch of hockey sticks that are like 30 feet tall.”

He opted to put the sticks on social media because he had experienced some customer service frustrations with shipping companies before and wanted to connect with the Capitals or Chara directly.

True Hockey said Chara had sticks delivered on Jan. 25. Players will sometimes ask for tweaks to their sticks after a shipment, and this new batch was shipped out for the defenseman — the batch that ended up not making it to the Capitals, whose practice facility address was on the label as well as the name of Brock Myles, their equipment manager.

True Hockey went to FedEx to tell it the sticks had been delivered to the wrong address. FedEx checked the tracking number and told True Hockey the sticks were at a facility in Memphis.

“No, they’re not in Memphis, guys. We have a kid in New Jersey who has posted them online,” said Gregory, “and they said they couldn’t do anything until they knew they were missing. So we took it into our own hands.”

According to Ben-Abraham, True Hockey reached out to him through all of his social media channels, explaining the importance of the shipment and the seriousness of the mix-up.

“He said he was going to report me. Report what? They dropped the box off and handed it to me. There’s nothing really to report here, buddy,” Ben-Abraham said. “I said, ‘Brother, if I posted it to social media, I’m pretty sure you’re going to get everything back.'”

Gregory was confident that would be the case.

“Once he posted it, I was confident they weren’t going to be sold. It’s kind of like taking a picture of yourself robbing the bank,” he said.

The sticks in the box haven’t hit the market yet. The Project X sticks are due to be available to the public on Friday. True Hockey is a part of True Temper Sports, which is the largest golf-shaft manufacturer in the world. True Hockey has made inroads in the NHL, with players like Chara using their gear.

Gregory said he’s arranging for the sticks to be picked up from Ben-Abraham, potentially to be delivered to the Capitals as they’re in New York City to play the Rangers this week. He said the company is mulling over ways to thank Ben-Abraham for his assistance. 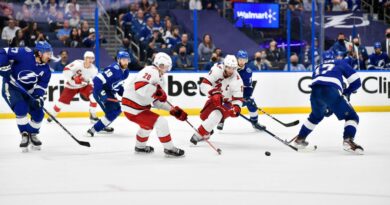 NHL Playoffs Daily: Lightning on verge of closing out the Hurricanes