Home » NHL » Chasing history in Boston: The numbers behind the Bruins’ wild 2022-23 season 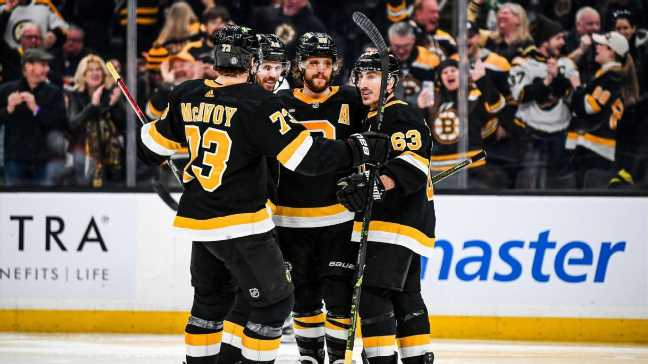 The Boston Bruins entered the 2022-23 NHL season with modest expectations. The team amassed 107 points last season, before bowing out in the first round of the 2022 Stanley Cup playoffs. During the summer, the Bruins fired head coach Bruce Cassidy and replaced him with Jim Montgomery. Caesars Sportsbook gave them 25-1 odds to win the Stanley Cup, and we ranked them 14th in our preseason Power Rankings.

Then the season began, and the Bruins have been authoring one of the greatest regular seasons in the modern, salary cap era (since 2005-06).

Through 46 games, the Bruins have skated to a 37-5-4 record, good for 78 points and an .848 points percentage. Follow along here as the B’s chase down NHL history, and watch them live in five exclusive games on ABC, ESPN+ and Hulu, along with other games available to out-of-market viewers on NHL Power Play on ESPN+, which is included in an ESPN+ subscription.

Through 46 games, the Bruins are on pace for 66 wins by season’s end. The current record for most wins in a season was set in 1995-96 by the Detroit Red Wings (who finished 62-13-7), and tied in 2018-19 by the Tampa Bay Lightning (62-16-4). Neither team won the Stanley Cup in its respective record-setting season, as the Red Wings lost to the Colorado Avalanche in the Western Conference finals, and the Lightning were swept in the first round by the Columbus Blue Jackets.

Boston is on pace for 139 points this season. This would shatter the current record for points in a season held by the 1976-77 Montreal Canadiens (60-8-12), who set that mark in an 80-game season. The Canadiens won the Cup that season — over the Bruins.

Goal differential is not an easily projectable stat for a number of reasons. But if we took the Bruins’ current differential — which is best in the league by 38 goals — and extrapolated that out to 82 games, they’d finish at plus-144. That’s a number that would blow by anything in the salary cap era, but would be tied for seventh in league history. The 1976-77 Canadiens are atop the board, at plus-216.

Linus Ullmark and Jeremy Swayman are one of the NHL’s best goaltending duos, and along with a 30-of-31 game by Keith Kinkaid, the group has generated the league’s best team save percentage, ahead of the Dallas Stars at .921. Though not an official league record, the best mark for a team in a single season is .934, set by the 1968-69 St. Louis Blues.

All of those saves have resulted in not many goals for Bruins opponents. Their mark of 2.02 goals against per game is well ahead of second place Dallas (2.54) and a batch of teams between 2.61 and 2.63. The post-1967 expansion record for lowest goals-against average in a season is 1.89, held by the 2011-12 Blues.

The 26-year-old winger is second in the NHL with 36 goals, and fourth with 65 points, on pace for 64 and 116 respectively. Those totals don’t approach all-time NHL records, but if he hits that goal mark, it would be the fourth-most goals in a season by a Bruin, breaking Phil Esposito’s clean sweep of the top five goal-scoring seasons in B’s history.

Note: All games not on ESPN, TNT or NHL Network are available via NHL Power Play, which is included in an ESPN+ subscription (local blackout restrictions apply). 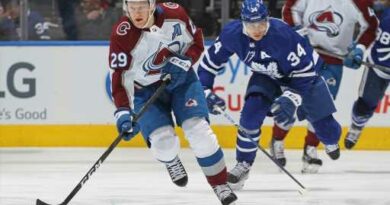 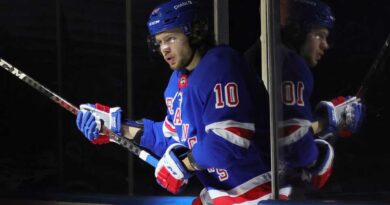