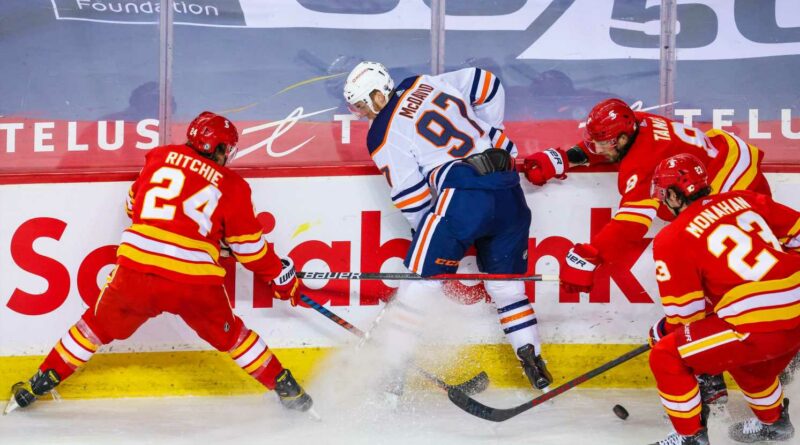 On Saturday night, they had to play in Calgary in a rescheduled game. They lost 5-0 to the Flames, and captain Connor McDavid questioned the scheduling decision.

“I think you’re asking a lot from guys to sit through something like that and remember your teammate and see what they’re going through – their whole family — and expect to perform that night,” he said. “I’m not sure what the league was really thinking there.”

Cave, 25, died on April 11, 2020, days after having a brain bleed. Cave played for the Boston Bruins and Oilers during his three-season career.

His widow, Emily, announced the date of the memorial service on April 1, and the NHL rescheduled the Oilers game on April 5. It originally supposed to held on May 7 but was moved up because of COVID-19 postponements affecting the all-Canadian North Division.

The service was highly emotional, but McDavid said he didn’t want to make excuses for the loss.

“Some days are a little bit more than just about hockey,” he said. “Obviously the performance wasn’t there tonight, but today is about Colby and his memorial and celebration of life.”

The Oilers don’t play again until Friday, and coach Dave Tippett is giving the team two days off.

“There’s times you can tell your team just doesn’t have it and there isn’t enough energy in the group and tonight was one of those times,” he said.