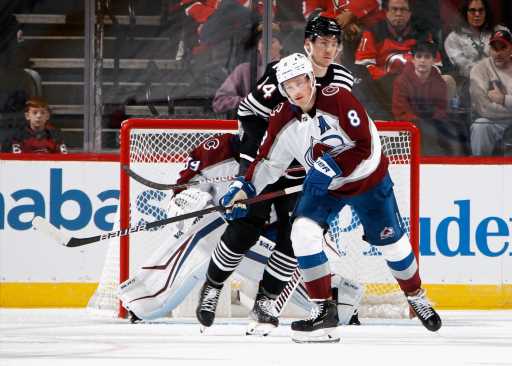 WASHINGTON, D.C. — The anatomy of an overtime goal these days can often start with something as subtle as the posture of a player off the puck.

In the NHL’s 3-on-3 format for sudden death hockey, it’s all about increased chances via extra space on the ice. Beating opponents on the rush is the difference between one point and two.

When the Avs found themselves with an extra man against Carolina on Thursday, the eventual goal scorer started skating backward on the wing as soon as the puck moved to J.T. Compher in the middle.

Artturi Lehkonen didn’t unleash his shot until he reached the faceoff dot, but he was turning to position himself for a forehand before he even reached the circle, opening his body to receive a pass from Compher. “You just want to give options to whoever has the puck,” he said.

His stick was cocked back in slap-shot position, like a hunter with a finger on the trigger. Part of the idea is to draw a defender away from the middle, clearing the shooting lane for the skater who has the puck. Carolina’s two skaters stayed tightly packed, forcing Compher to make another decision.

“Compher’s driving the middle of the ice and kind of pulls both (defenders) in. So I think Lehkonen makes a perfect read to open up,” coach Jared Bednar said. “… I think there’s enough deception in Compher’s move coming down the middle that he can still shoot. He gets it to his forehand. He’s looking to the net. Kind of squeezes the guys in, then he’s able to make the pass outside.”

It was a confidence-boosting breakthrough after Colorado didn’t score in its first two overtime games this season, and a perfect example of the little things that work toward scoring on the rush.

Lehkonen was dubbed “Mr. Clutch” by Cale Makar, but who is the Avalanche’s most clutch? A two-part trivia question: Of the team’s last 30 overtime game-winners (including playoffs), what player has scored the most. And how many current Avs have multiple overtime walk-offs with Colorado?

You have until the end of this journal to think.

The people of Northbrook, Illinois, had an exciting summer. Compher brought the Stanley Cup home for a day to celebrate his championship with the Avalanche.

Jon Scheyer, who also calls the Chicago suburb home, landed one of the biggest jobs in college sports: heir to Mike Krzyzewski as Duke basketball coach.

Compher and Scheyer had been familiar with each other for a while. “When I was young and he was at Duke and started coaching at Duke, we’d always kind of chat,” Compher said. “Text, Instagram, stuff like that.” They talked more during the summer of their career accomplishments. Scheyer told Compher to reach out when the Avs are in Carolina.

Compher took him up on the offer. On Wednesday, he and a few teammates visited Durham and toured Duke’s legendary venue, Cameron Indoor.

“It’s funny, I was actually telling them whenever Duke comes into town, it’s the biggest game of the year,” said Newhook, an alum of Duke’s ACC rival Boston College. “They always get a good crowd when Duke comes in.”

The Avs players made sure to get a few shots up. They were honest in their self-evaluation when asked if anyone is good at basketball.

“Not really, no,” Compher said.

“Not that I can tell from yesterday,” Toews said. ” … I couldn’t believe the coach was even watching. He was probably just cringing watching us shoot hoops. E.J. was kicking balls like soccer balls.”

Makar played a regular-season career high 32:48 Thursday. He had a built-in off day as the Avalanche skated in Arlington, Virginia, the next afternoon.

“Obviously we don’t want to be playing him 33 minutes every night,” Bednar said. “But I think you look at him from the start of his career, how tired or how much energy he had to use. … Now he’s built it to where 26 is a pretty easy night for him.”

The Makar reliance was heavy after Colorado’s defensive core had a meeting earlier in the week. “Our gaps weren’t good enough,” Josh Manson told The Post. “They thought we could be tighter on average. … You don’t really realize it until after the game, when you look at the video and assess it.”

As for Colorado’s last 30 overtime goals, the winner is narrowly MacKinnon with five. Makar and Landeskog both have four. 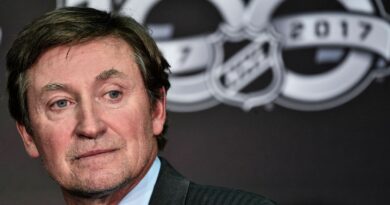 Can Jared Bednar lead Avalanche to a Stanley Cup? Players from his first championship team have no doubt. – The Denver Post