Scott Niedermayer’s name has officially been etched in Ducks history.

The team continued its 25th anniversary celebrations Sunday by retiring the former defenseman’s No. 27 jersey to the rafters at the Honda Center.

The Ducks honored Niedermayer, who already had his number retired by the Devils in 2011, with a pregame ceremony ahead of Anaheim’s matchup against the Capitals.

“When we were 10 years old we would have loved to beat the heck out of each other in a Stanley Cup game and rub it in. When we were older in 2003 it was a different story,” Niedermayer said. “To win a Stanley Cup here exceeded what I thought was going to happen.”

Niedermayer, 45, was selected by the Devils with the No. 3 overall pick of the 1991 draft but signed with the Ducks as a free agent in 2005. He logged 172 goals and 568 assists in 1,263 games throughout his 18-year career with Anaheim and New Jersey before serving as a special assignment coach with the Ducks during the 2012-13 season.

He also helped lead the Ducks to their only Stanley Cup title in 2007.

Cam Fowler surpassed Niedermayer as the all-time franchise leader in assists among defensemen with the 205th of his career in the team’s 5-2 win over the Capitals.

“His legacy here will be something nobody will be able to fill. For me, it’s a great accomplishment,” Fowler said, via the team’s website. “I hope everything for him was fantastic because he’s well-respected and well-loved around here. He deserves the best. I hope he had a great night.

“It was a pretty special night. As players here, we have to pay tribute to the guys who came before us and some of the legends who helped grow the game around this area. Nobody bigger than Scotty. To wear his jersey during warmups, listen to him speak, listen to guys speak before the game was really special. I don’t know if it gave our guys a jolt, but it was one of our best games in a long time.” 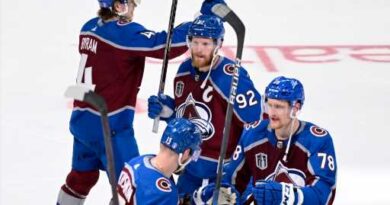