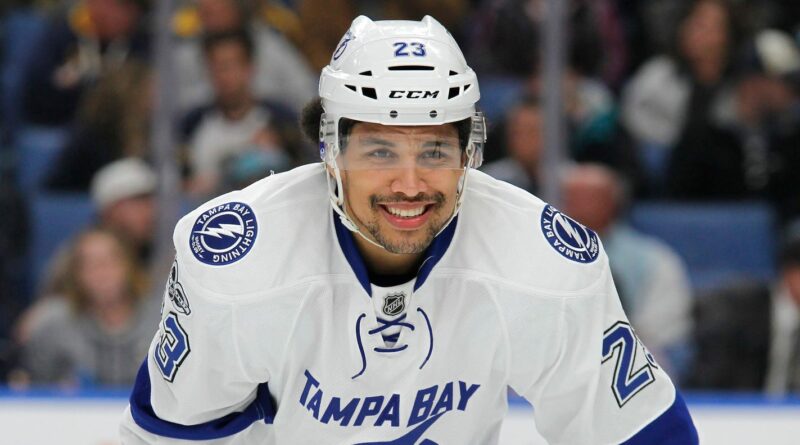 "What better way to retire, to stay in hockey, to go to a new, great organization and what they're trying to do," Brown said. "I believe they want to be a leader in diversity, whether that's racial diversity or gender diversity, on and off the ice with their hiring. That's something I really want to be part of. For me, I think all the stars have aligned and this is something that I was meant to do."

STEPPING OVER THE LINE: Mathew Barzal ejected for cross-check in blowout loss to Lightning

The Kraken named Everett Fitzhugh as their radio play-by-play announcer in 2020, making him the NHL's first Black team broadcaster.

Brown became the first NHL player to protest during the national anthem when he raised a fist in 2017 to protest police brutality and racism.

In a career that spanned 365 games from 2011-2019, Brown had 23 goals and 49 assists, while skating for the Tampa Bay Lightning, Anaheim Ducks and Minnesota Wild.

The 30-year-old Brown said he will bring his knowledge and his personality to broadcasts.