Home » NHL » Game 6 debate: Which Avs player needs to step up for Colorado to stave off Tampa Bay? 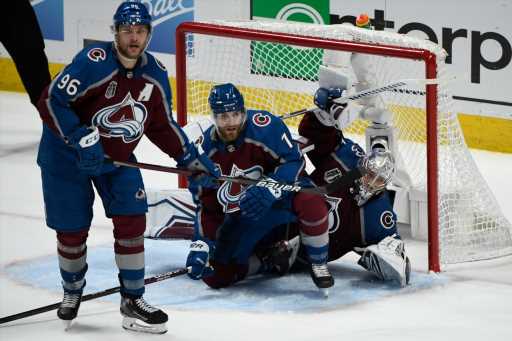 Mark Kiszla, sports columnist: The Avs are the team with more talent. The Lightning is the team with more belief. So what wins out? Talent, provided it steps up for Colorado. I’m not pointing a finger of blame here. But defenseman Cale Makar has done everything coach Jared Bednar could ask. And more. Nathan MacKinnon, who has tallied only a single goal in this series, needs to take on a heavier burden. The Lightning has gotten in his grill (here’s looking at you, Patrick Maroon). My concern? The pounding has started to get inside MacK’s head. There’s no time to be flustered now.

Ryan O’Halloran, sports reporter: Through five games, Mikko Rantanen leads the Avalanche with eight points so you’re probably asking, “Hey, genius, No. 96 is doing his job.” Kind of, sort of. Eight Avs players have scored at least one goal in the series and Rantanen isn’t one of them. For the playoffs, he has five goals among his 25 points. He is a natural goal scorer and does terrific work on the forecheck with his quick stick and willingness to be physical. But if the Avs are to win the Cup on road ice, they need Rantanen to break through with a goal.

Mike Chambers, Avalanche beat writer: Nathan MacKinnon looks good but he’s not getting the job done. If Colorado doesn’t get more than a goal off his skate in this series this club could be in trouble. They don’t ask how in hockey. They ask how many? But MacKinnon can’t be happy either way. His only goal in the series was a fortunate bounce and his five points in five games are numbers he’s capable of producing in one game. Mikko Rantanen is in a similar boat. No goals in the series. C’mon, boys, leaders have to lead and this team needs some goals from the big guns.

Sean Keeler, sports columnist: Hockey metrics seem to like Nathan MacKinnon and Mikko Rantanen more than the eye test. If Darcy Kuemper is at least average — as in, letting in no more than one “softie” per game — the Avs are usually OK. Colorado’s mojo on defense has largely dictated this series so far, so it’s imperative for Josh Manson to be on the ball — er, puck. In the Avs’ two losses, Big Josh has given possession away twice per game, on average, putting up a net negative-1 plus/minus rating in the process. During the three wins? 1.3 turnovers, with a net plus/minus of plus-5. 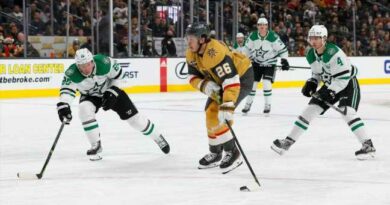 Bo Byram back with Avalanche, traveling to Pittsburgh in latest recovery from concussion issues – The Denver Post