Home » NHL » Habs’ Price talks treatment, not sure of return 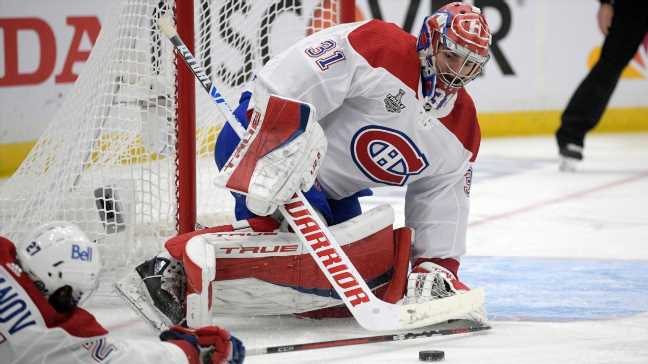 Carey Price is speaking out.

The Montreal Canadiens goaltender posted to his Instagram on Tuesday for the first time since voluntarily entering the NHL’s player assistance program on Oct. 7.

“Over the last few years, I have let myself get to a very dark place and I didn’t have the tools to cope with that struggle,” Price wrote. “Last month I made the decision to enter a residential treatment facility for substance abuse. Things had reached a point that I realized I needed to prioritize my health for both myself and for my family. Asking for help when you need it is what we encourage our kids to do, and it was what I needed to do.

“I am working through years of neglecting my own mental health which will take some time to repair; all I can do is take it day by day. With that comes some uncertainty on when I will return to play.

“I appreciate all the overwhelming support and well wishes. I please ask that the media and our hockey community continue to respect our privacy at this time. Your support and respect of this so far has been critical to my recovery.”

The NHL’s assistance program is jointly run with the NHL Players’ Association and helps players address any mental health, substance abuse or other matters.

Price recently returned from his 30-day stint in treatment and reported to Montreal’s practice facility on Sunday. There he met with trainers and underwent testing related to an offseason knee surgery, which prevented Price from participating in the Canadiens’ training camp.

On Tuesday Price reunited with his teammates for the first time, and Canadiens head coach Dominique Ducharme commented on what it meant to have the club’s superstar goalie back in the fold.

“It was good for me to see him and see how he is doing,” Ducharme said. “And for the guys too, to see their teammate back. We have a group of guys that care about each other, so having him back, just on the personal side, the guys feel pretty good about seeing him and seeing that he is doing good.”

Ducharme said on Monday that the Canadiens’ staff was pleased with Price’s recovery so far from his knee procedure. But as Price alluded to in his statement Tuesday, Ducharme wasn’t ready to put any sort of timeline on when Price would be back between the pipes.

“He wants to come back and play, but there’s other things to manage,” Ducharme said. “We talked about the injury he was coming back from and getting back in playing shape. So, there’s many steps to be taken. But he wants to play, he wants to be part of our group, he wants to help out.”

The Canadiens have had a tough start to the season without Price. Montreal is 3-10-0, sitting last in the Atlantic Division after making a run to the Stanley Cup Final last spring.

But everyone in the Canadiens organization has been clear that when it comes to Price, their priorities have nothing to do with hockey.

“We talked about [it] when he first left our group, that we were happy for him that he was going to be able to first get the help that he needed,” said Brendan Gallagher on Monday. “And now that he’s back, it’s doing what we can do to help him.” 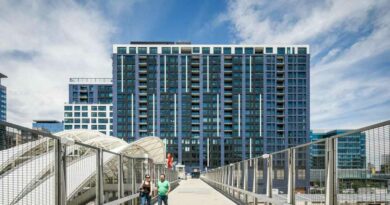 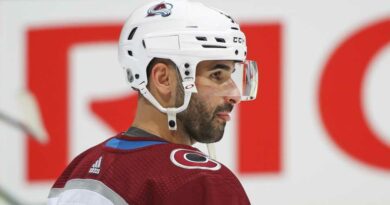 Nazem Kadri suspension: How many games will Avalanche forward miss?