Jim Rutherford has resigned as Pittsburgh Penguins general manager due to personal reasons, the club announced on Wednesday, just seven games into the 2021 season.

Patrik Allvin, 46, the club's assistant GM, has been promoted in the interim.

"It has been a great honor to serve as general manager of the Penguins, and to hang two more Stanley Cup banners at PPG Paints Arena," Rutherford said in a statement. "I have so many people to thank, beginning with the owners, Ron Burkle and Mario Lemieux, and team president David Morehouse. 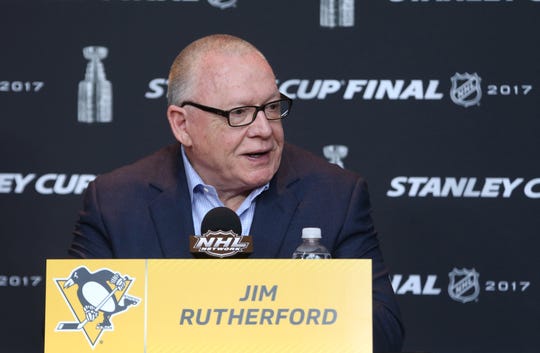 "There always has been so much support from everyone involved with the Penguins, both on the hockey and business staffs, and, of course, from a special group of players led by Sidney Crosby. The fans here have been tremendous to me and my family. I know it's a little unusual to have this happen during a season, but just felt this was the right time to step away."

The Penguins are 4-2-1 and are tied for second in the East Division with nine points.

Rutherford spent 20 years as the GM of the Hurricanes/Hartford Whalers franchise before joining the Penguins. The former NHL goalie was named to the Hockey Hall of Fame in 2019.

Patrik Allvin, the team’s assistant general manager, has been promoted to interim GM, and the search for a new GM will begin immediately.