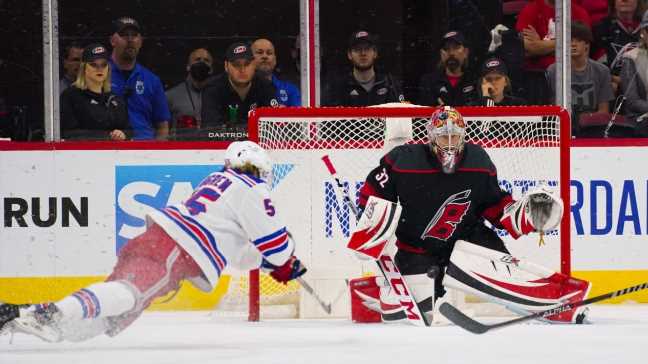 Raanta exited the game 15:37 into the second period, with the Hurricanes trailing the Rangers 2-0. As New York put the pressure on in the offensive zone, center Mika Zibanejad tried to get a stick on a bouncing puck near the crease. Raanta did a split to his right and then fell stomach-first to the ice as play was stopped.

Raanta was helped off the ice by a Carolina trainer. Rookie Pyotr Kochetkov entered the game and gave up a goal to center Ryan Strome at 16:19 to make it 3-0 for the Rangers.

Raanta entered the game having gone 6-0 at home with a .965 save percentage and a 0.97 goals-against average — a primary reason Carolina hadn’t lost a home game all playoffs. In Game 7, he gave up two goals on 18 shots, both on Rangers power plays. The 32-year-old was signed last summer by the Hurricanes, after an eight-year NHL career that featured frequent injury absences.

He started 13 games, including Monday’s Game 7, for the Hurricanes in the playoffs in place of starter Freddie Andersen, who last appeared on April 16 and missed the first two rounds with a lower-body injury.

Raanta’s injury was the second significant one for the Hurricanes in Game 7; they lost winger Seth Jarvis in the first period after a hit by defenseman Jacob Trouba. 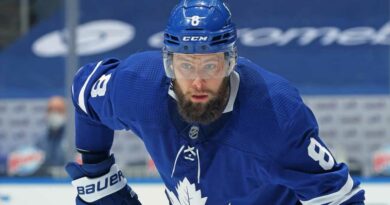