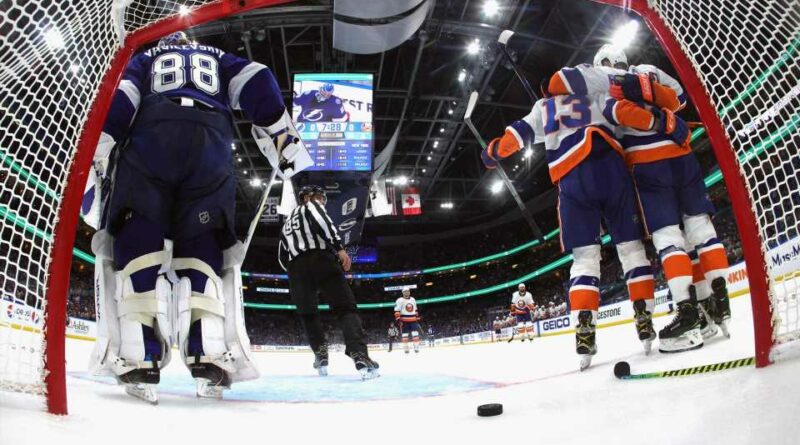 It has been a long time since the Islanders and Lightning have faced off in any kind of game, let alone a postseason clash. To be exact, it has been 265 days. That was when they met in the 2020 Eastern Conference finals. Because of COVID-19 restrictions, they did not go toe-to-toe in the regular season this year.

And while the score was exactly the same as the final in Game 6 of last year’s battle, the result was different in Game 1 of the 2021 Stanley Cup semifinal series. In this one, the Islanders were the victorious squad, skating away with a 2-1 win.

As mentioned in Sporting News’ series preview, Barzal’s play is critical to getting New York into the Stanley Cup Final. The Isles need him to be at his best. He struggled at the start of the playoffs, collecting just three points against the Penguins and going goalless in his first eight games. Then, he flipped the switch and has had six points — three of them goals — in the last six games.

Barzal continued to roll Sunday. He notched the critical first goal with an outracing-the-defender, net-crashing, five-hole effort. After receiving a stretch pass from Josh Bailey, he got past 2021 Norris Trophy finalist Victor Hedman and buried the puck behind netminder Andrei Vasilevskiy.

“I’d say it’s more so, just, I’m actually putting the puck in the net,” Barzal said when asked what has changed in the last few games. “I think my chances throughout the whole season, in the playoffs, are always there. It’s just a matter of beating a goalie. . . . This is the playoffs, so sometimes, in some games we’ve played, I don’t need to get the fifth goal in when we’re up 4-1. So, it’s just a matter of trying to be there for the boys when they need me and just doing the right things.”

The Lightning entered the semis with a 41.7 percent effectiveness on the power play.

“Anytime you play a team like Tampa or Boston or anyone with a lethal power play, you don’t want to be in the box all night, ’cause that’s just, you’re just asking for a loss,” Barzal noted.

New York did a good job of playing a hard game while not taking too many penalties — one in the last minute of the middle frame (interference on Kyle Palmieri) that it killed off, and a high-sticking by Brock Nelson with 98 seconds left. Brayden Point did get the Lightning’s lone tally on that last man advantage, which was effectively a 6-on-4 with Vasilevskiy pulled.

After going 1 for 2 on the power play, the Lightning are now at 42.1 effectiveness. Needless to say, the Islanders need to remain disciplined.

Game 2 will be interesting

It’s obvious that the Islanders walked into Amalie Arena with a game plan, and they executed it to perfection. Last year in the conference finals, they were blown out 8-2 in Game 1. Things were definitely not the same in this year’s opener.

“No. 1 is just managing a puck,” Islanders coach Barry Trotz said when asked what the keys were Sunday. “Two, we were disciplined. Three, we didn’t take a lot of risk, unnecessary risk. . . . I thought we made pretty good decisions.”

On the Lightning’s bench, Jon Cooper was anything but happy with his team’s decision-making.

“Our work ethic was there, our compete was there, our minds weren’t there,” he said. “Some of our decisions were poor. That’s what happens when you get this deep into the playoffs. There are only four teams left and you have to have everything working in unison. We just weren’t quite there tonight.”

New York did a good job of keeping the Lightning away from the front of the net as goalie Semyon Varlamov only faced three high-danger shots at 5v5 and stopped 8 of 9 overall (per Natural Stat Trick). Varlamov made 30 saves while Vasilevskiy turned aside 29 shots.

There’s nothing more the Islanders would like than going wheels up back to New York with a 2-0 series lead, but there’s a reason the Lightning are the defending Cup champions. While this may be the first time it has trailed in a series in 2021, Tampa Bay has a skilled squad that will not go quietly into the night.

“We knew it was going to be extremely tough,” captain Steven Stamkos said. “We’ve been in this position before, so there’s definitely no panic in this room. But we do realize that it’s going to be an extremely tight series and we just have to expect that going forward.” 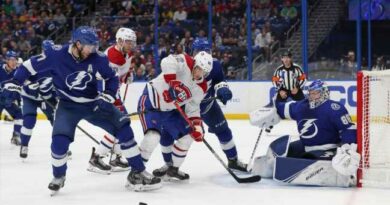