The Columbus Blue Jackets have been known to get rough — and sometimes dirty — under longtime NHL coach John Tortorella.

But if it were up to Tortorella, they’d probably be a whole lot worse.

Addressing reporters this week, the 60-year-old coach shared his frustrations of the physicality — or lack thereof — in today’s game. Rarely one to hide his opinions, Tortorella made it clear that he’s no fan of how happy players are to interact rather than bristle with each other in the NHL.

“It’s a little frustrating, quite honestly,” he said. “The game’s changed. And for some dinosaurs that are in it, it’s frustrating, I have to admit. And I mean it. And I’m not joking about it. It’s really frustrating to me, (in) conversations on the ice amongst opponents, on a face-off, it’s like a big hug-fest sometimes. I don’t know if they have so many meetings with this NHLPA and all that stuff that goes on, but there’s no hate. And I miss that. It frustrates the (expletive) out of me, quite honestly.”

Tortorella continued by admitting he tells his own players that if they aren’t going to “hate” like hockey players used to, they’d at least better show off their acting skills.

“I ask my guys, ‘Pretend sometimes. Just pretend,'” he said.

The Blue Jackets coach, who last played hockey in the 1980s, went on to acknowledge that the present-day NHL has made improvements from decades past. But he also can’t fully let go of the days when players were reluctant to be kind on the ice.

“Listen, I know I’m kind of beating my head against the wall as far as where I want the game,” he said. “I think our game has made some great changes in it. But damn, I miss the old-school ‘I’m-coming-at-you.’ And we’ll have a beer after. But do we have to talk about it on the ice right now? That’s sickening to me, quite honestly.” 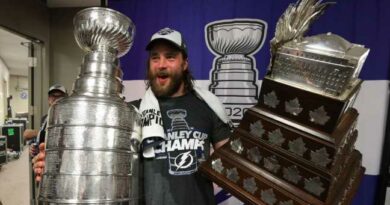 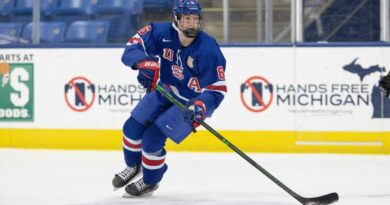