Home » NHL » Kiszla vs. Chambers: Is it time for Joe Sakic to make a trade to bolster the Avalanche? – The Denver Post 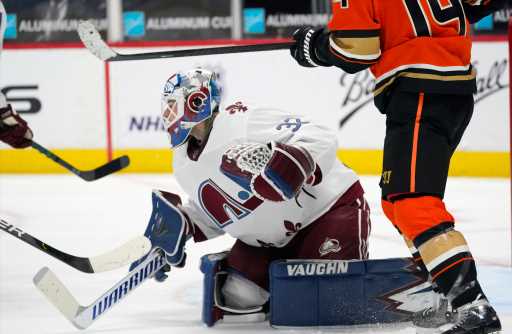 Kiz: I’m starting to get a little antsy about these Avs. They aren’t playing bad hockey. But this team isn’t playing anywhere near championship hockey on anything close to a consistent basis. Yeah, it’s still early in the NHL season. And there are obvious reasons for Colorado’s up-and-down performances. An insatiable injury bug. Shaky back-up goaltending. A division where the presence of Vegas and St. Louis will make it a battle for the top. Time to hit the panic button? No. But is it too early to get those trade rumors churning?

Chambers: Monday’s game against Arizona is Colorado’s 23rd game of its condensed 56-game schedule, and the April 12 trade deadline is approaching. Given the Avs’ needs — primarily a backup goalie — they absolutely need to make a move if goalie Pavel Francouz isn’t on the mend from a lower-body injury that has prevented him from playing at all this year. Also, you mention Vegas and St. Louis, rivals who are built to trade punches when things become intense. I don’t believe the Avs are tough enough in their bottom-six forwards and blue line.

Kiz: Avs general manager Joe Sakic is known for unflappable patience. And I’m not ashamed to admit to being 100% wrong in doubting Sakic’s steady-as-it-goes approach in the past. But even coach Jared Bednar has shown frustration with inadequate play between the pipes when No. 1 goalie Philipp Grubauer needs a night of rest. Is there any indication when injured back-up Pavel Francouz will be fit to get back in action? Or is it time for Sakic to take action and go find a veteran goalie to help the cause?

Chambers: The Avs are tight-lipped about all their injuries but Francouz is on long-term injured reserve (LTIR) along with defenseman Erik Johnson. Seems like Francouz won’t return to play anytime soon, and if that’s the case, they have to realize the Hunter Miska experiment isn’t working and there are veteran goalies out there they can squeeze in under the salary cap. Detroit’s Jonathan Bernier, the former Avs goalie, is a pending unrestricted free agent playing for the league’s worst team. Bernier is going to be on the move.

Kiz: Although barely able to lace up my skates, I’ve been around the rink a time or two with the Avs since they arrived in Colorado. I’m no genius, but smart enough to know results in the first half of any NHL season can be a poor indicator of how the playoffs will ultimately unfold. So it doesn’t bug me that right now Tampa Bay looks like the team to beat for the Stanley Cup. But I think it’s a legitimate concern to acknowledge the quirks of this pandemic-influenced season could make it a big challenge for Colorado to survive and advance past the playoffs’ opening round.

Chambers: The Avs are highly skilled and have great depth up front and on the blue line. I believe Sakic and his staff are confident that this currently injury-riddled team will be in position to go several rounds in May and June if they get healthy and get solid goaltending. So Grubauer needs to remain healthy and they have to have a backup plan in net. The injuries to Nathan MacKinnon and Cale Makar are troublesome but probably not long-term, although Makar still isn’t back skating. Those two guys are game-changers and definitely players the Avalanche can’t afford to miss substantial time.

Maple Leafs’ deal for Jake Muzzin could lead to arms race: Who strikes next?

Red Wings’ Brendan Perlini hit in face by skate; Islanders’ Casey Cizikas appears to be cut on leg by skate