Home » NHL » Lapsed fan’s guide to the 2021 NHL season: Everything you missed this offseason 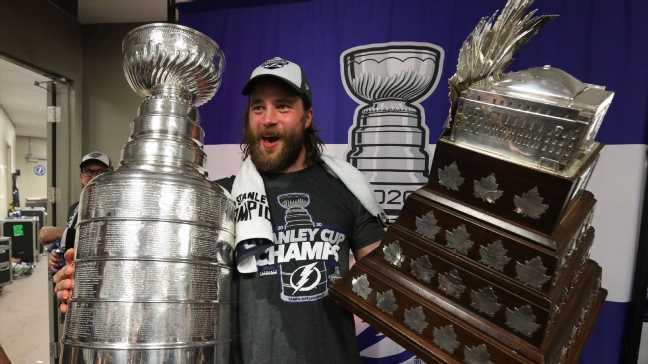 It’s challenging to keep up with the news during a typical NHL offseason. It’s doubly challenging to do so when that offseason begins in late September, ends in mid-January and every day in between presents another focus-devouring distraction from pressing issues like which team signed Radko Gudas. (Spoiler: It was the Florida Panthers.)

So as a service to you, here’s a chance to catch up on everything that has happened since the Tampa Bay Lightning hoisted the Stanley Cup — the hirings, firings and signings. But most of all, it’s an explanation of what this unprecedented 2021 NHL season is going to look like and how we got here. Enjoy!

Bubbles are so last summer! Please recall last season, when the NHL completed its 2019-20 campaign in Toronto and Edmonton, housing teams in “bubbles” sealed off from the general public due to the COVID-19 pandemic. There was daily testing of everyone in the bubble, along with comprehensive health standards. In the end, the Tampa Bay Lightning raised the Stanley Cup after a 24-team tournament, during which the NHL incredibly did not have a single positive COVID-19 test among its teams.

But those bubbles were a necessary evil for the players, who battled the mental strain of hotel confinement and separation from friends and family. They weren’t going to return to them for a full regular season. The players and the league traded concepts, including “hybrid bubbles,” but settled on teams playing inside of their own arenas, with major tweaks to the NHL’s divisional alignment and season format.

Most arenas will be empty at the start, but a few teams will have a limited capacity of fans. The Florida Panthers, (25% capacity), Arizona Coyotes (25%) and Dallas Stars (30%) are all planning to open up with fans. The St. Louis Blues announced they have “a limited number of invited frontline workers, along with the families and friends of our players, hockey staff, team employees and essential personnel.”

It’s anticipated that the number of teams allowing fans in the building will grow as the season progresses, and the NHL hopes to have Stanley Cup Playoff games with fans in the stands.

NHL trade buzz breakdown: Who should stay, who should go early this season