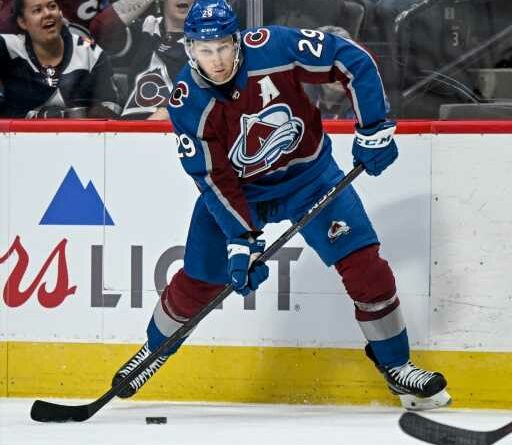 The Avalanche activated Nathan MacKinnon from the injury reserve Saturday morning before Colorado’s home game against the Toronto Maple Leafs.

MacKinnon has missed the last 11 games with an upper-body injury, which he sustained Dec. 5 in a loss at Philadelphia. Coach Jared Bednar estimated that MacKinnon would miss four weeks at the outset. The star center began skating individually Dec. 10. He has participated in three Avalanche practices wearing a red no-contact jersey, the latest of which was Friday.

“He’s basically doing everything,” Bednar said. “So even though he has a red on, it’s just because we don’t want him to get dinged up in practice. But his next step will be telling us he’s ready to play.”

The Avs (19-12-3) reassigned Charles Hudon to AHL Loveland in the corresponding transaction Saturday morning to make roster room for MacKinnon.

Colorado has gone 6-3-2 in MacKinnon’s absence. He had 34 points in 23 games when he went out with the injury, so if he returns against Toronto, he remains on a point-per-game pace. 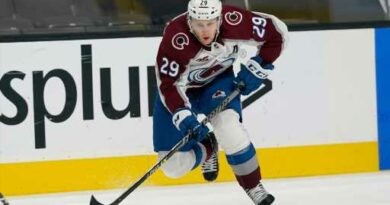 Puck to the face could sideline Chara in Game 5