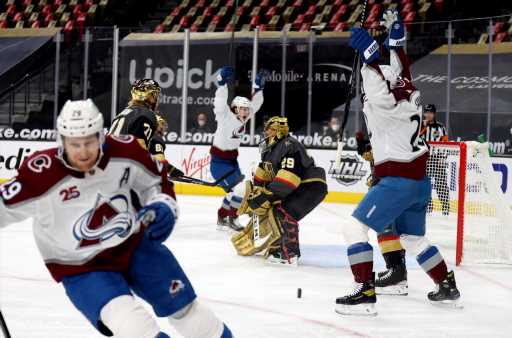 The Avalanche evened the line Tuesday in Las Vegas.

Two nights after losing to the Vegas Golden Knights to begin a four-game set, Nazem Kadri scored with 39.7 seconds left in the third period Tuesday to give the Avalanche a 3-2 victory against Knights at T-Mobile Arena.

Rookie defenseman Bo Byram threw the puck to the net from the blue line, forward Joonas Donskoi got a stick on the puck and Kadri buried the rebound behind goalie Marc-Andre Fleury in the second of four consecutive games between the teams.

“Massive,” Kadri said of his late goal to prevent a three-point game against a divisional rival. “For us, that was an important victory, especially in regulation, down quite a few guys against a great team.”

The Avalanche again played without seven regulars, including top defenseman Cale Makar who took warmup as a game-time decision. Makar was an upper-body injury scratch for the second consecutive game. Colorado also was without second-pairing defenseman Sam Girard, who is at the tail end of COVID-19 protocol along with left wing and team captain Gabe Landeskog.

Makar and Landeskog, as well as at least two other players on the COVID list, are expected to return to the lineup in Saturday’s game against the Knights on the south shore of Lake Tahoe on Saturday.

In Game 2 of the “series” Tuesday, goalie Philipp Grubauer made 27 saves for the Avalanche, which improves to 8-4-1 heading into Saturday’s outdoor game.

“All these points add up for us to be able to steal that second one in the last minute,” said Avs winger Brandon Saad, who scored Colorado’s second goal. “That’s huge for us. We got to keep building off that momentum heading into the next game.”

The Avs led 1-0 after the first period and 2-1 after the second. Colorado’s goals came from first-line forwards Nathan MacKinnon and Saad, the latter scoring 63 seconds after the Knights tied it 1-1 on Max Pacioretty’s power-play goal. Saad tucked a backhand shot past  Fleury at 17:39 of the second period, giving the Avs momentum after Pacioretty’s made Colorado pay for on its first disadvantage with defenseman Jacob MacDonald in the penalty box for tripping.

The Avs, who lost 1-0 to the Knights on Sunday to begin their four-game “series,” started strong and MacKinnon nearly scored on his first shift. But the star center got the game’s first goal just 7:08 into it, one-timing Mikko Rantanen’s feed from between the circles.

Vegas tied it 2-2 at 6:52 of the third period when Jonathan Marchessault put a shot past Grubauer after the goalie stopped consecutive shots by William Karlsson and Reilly Smith.

“The level from tonight’s game by both teams was definitely elevated,” Avs coach Jared Bednar said. “We’ve seen that in the second of the second game of the series against teams but I think tonight was different. They were playing a back-to-back (Sunday) and we were coming off a (12-day) break. They challenged us way more tonight and at times we didn’t handle it perfectly and at other times we did a nice job. I think there was a lot of urgency, there was desperation in our game. We certainly had our share of mistakes and breakdowns and Gruby was exceptional … We found a way.”

Footnotes. Colorado defenseman Dennis Gilbert was in a first-period fight with Keegan Kolesar and left the game with a facial injury. Gilbert, who played just 1:59, didn’t lose the fight but took at least one significant punch. … Avs third-string goaltender Hunter Miska was added to COVID absence protocol list and he was replaced on the roster by Peyton Jones, who has been the Colorado Eagles’ No. 1 goalie. … Landeskog, Tyson Jost and Kiefer Sherwood will come off the COVID list Wednesday and skate on their own while the rest of the team is off, Avs coach Jared Bednar said. They are candidates to play in Saturday’s outdoor game at Lake Tahoe. Girard will take a post-COVID physical Thursday and rejoin the team Sunday, Bednar said. 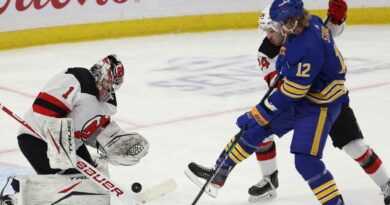 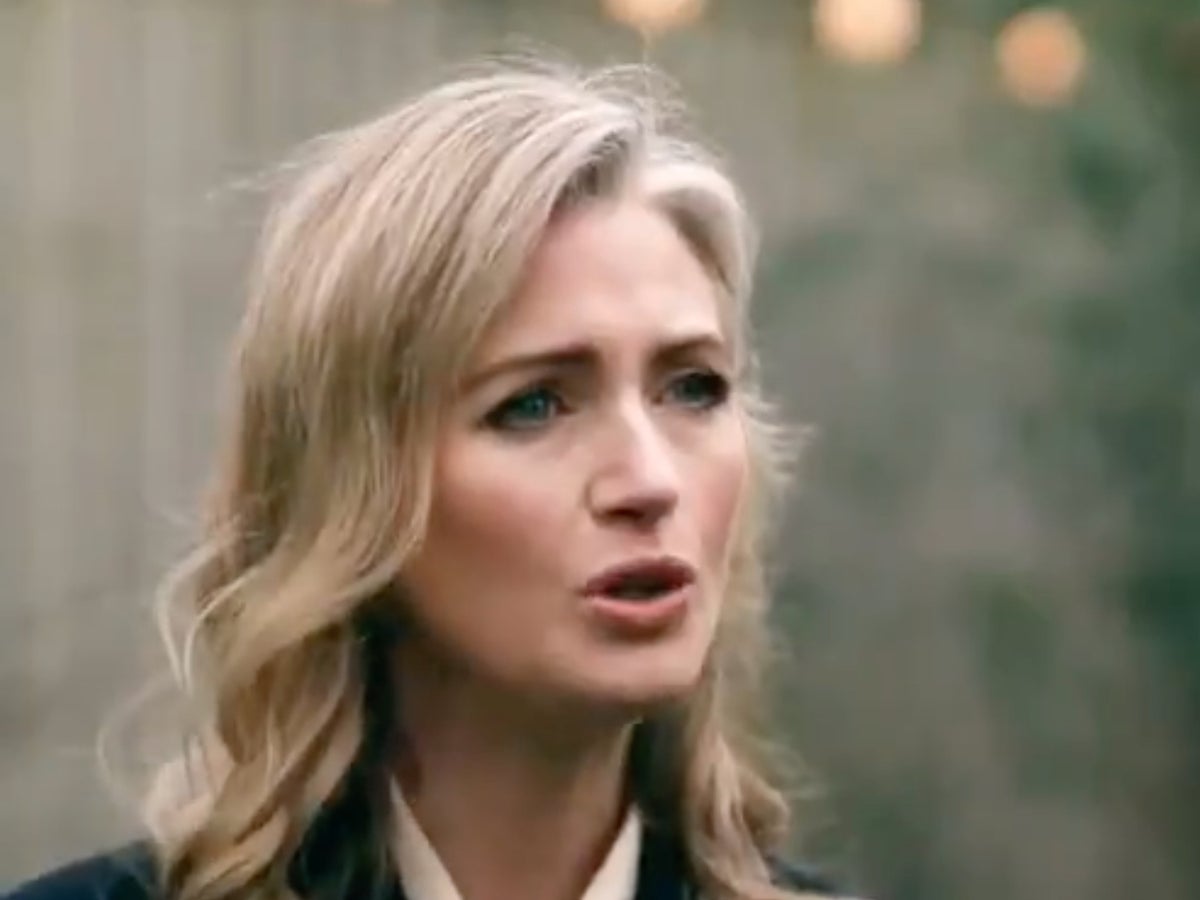 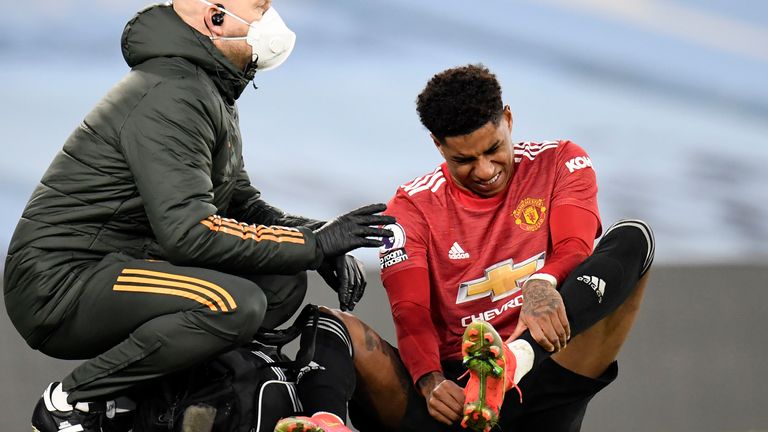