Home » NHL » NHL award winners if the season is canceled because of coronavirus: Artemi Panarin nabs MVP in close race

There’s no telling when – or if – the NHL season will continue.

The league has been careful to call it a “pause,” not a cancelation, while expressing hope that “we will be able to complete the season and award the Stanley Cup.” The NHL told its players Monday they can go to their offseason homes but they must self-quarantine.

The priority is keeping fans, players, coaches and everyone else involved with the league healthy and safe amid the coronavirus pandemic. But we also know that many fans are cooped up at home and missing the escape you find through sports.

NFL DRAFT: With no public events because of coronavirus, best NFL option for draft is going retro

With that in mind, I tried my hand at picking regular-season award winners:

A casual fan could take a quick glance at the NHL’s scoring leaders and conclude that Edmonton Oilers forward Leon Draisaitl should win. He leads the league with 110 points (43 goals and 67 assists), which is 13 points better than teammate Connor McDavid at No. 2.

Artemi Panarin has powered the Rangers to the brink of a playoff position. (Photo: James Guillory, USA TODAY Sports)

Case closed? Well, not quite.

Panarin is tied for third in scoring at 95 points (32 goals and 63 assists), and the underlying stats reveal a compelling argument for the offseason’s top free-agent prize.

According to Evolving Hockey, Panarin ranks as the top player in the league in Goals Above Replacement (GAR) and Wins Above Replacement (WAR). While there are legitimate questions about how those advanced stats calculate value for each player, there is a significant gap between Panarin and Draisaitl in GAR (24.9 vs. 15.4) and WAR (4.4 vs. 2.7).

Those stats, as well as numbers that indicate he’s been more valuable defensively, such as goals against per 60 minutes (2.1 vs. 3.2), have helped Panarin gain traction around the league as a strong Hart contender – especially considering his ability to elevate his teammates.

Panarin averages 1.27 goals for per 60 relative to his teammates, while Draisaitl sits at 0.74. Simply put, Panarin has driven more production for his team. He leads the NHL with 71 points at even strength, with Draisaitl second at 66. Draisaitl leads the league with 44 power-play points, which have mostly come while on the ice with McDavid.

Since inking a seven-year, $81.5 million deal with New York in July, Panarin has carried the youngest roster in the league into playoff contention. That impact tilts the scale in his favor.

The presumed favorite has been the Washington Capitals' John Carlson, who leads all defensemen with 75 points (15 goals and 60 assists). But this isn’t an award for the top point-producer.

Josi ranks second behind Carlson with 65 points (16 goals and 49 assists), with Tampa Bay’s Victor Hedman ranking hird at 55 (11 goals and 44 assists). But both Josi and Hedman have outperformed Carlson in defensive metrics.

The Lightning average 1.97 goals allowed at five-on-five per every 60 minutes that Hedman plays and the Predators average 2.08 with Josi. The Capitals, on the other hand, average 3.0 goals allowed per 60 with Carlson on the ice. It’s the same story with WAR, with both Hedman and Jose at 3.2, compared to 1.4 for Carlson.

When taking the full picture into account, Josi feels like the right choice. He’s had a similar impact to Hedman in terms of preventing goals and he’s had a better offensive season than any defenseman besides Carlson.

While many of these choices are difficult, this one is obvious.

The 26-year-old has been the top-performing goalie in the league, posting a 31-21-5 record while tying with Montreal’s Carey Price for most appearances with 58.

Despite the heavy workload, he ranks second in the league among goalies who have started at least 35 games with a .922 save percentage. Only Boston’s Tuukka Rask is better at .929 while playing 17 fewer games.

But it’s the difficulty of the shots Hellebuyck is stopping that really sets him apart.

Goals Saved Above Expectation determines how goalies fare based on the likelihood of a shot resulting in a goal. A rebound near the crease is a much higher percentage shot than a slap shot from the blue line. According to Evolving Hockey, Hellebuyck’s GSAx for the season is 19.86, with no other goalie in double-digits.

This was shaping up to be a very interesting race between three promising defensemen.

Much of the NHL chatter has focused on Makar and Vancouver’s Quinn Hughes, but having watched up close Adam Fox transform into the Rangers’ No. 1 defenseman, I can tell you he belongs in the conversation. And the numbers tell a similar story.

Hughes leads all rookies with 53 points (eight goals and 45 assists), with Makar behind him at 50 (12 goals and 38 assists). The difference is that Makar reached his total in 11 fewer games, as he missed time with an upper-body injury.

Makar’s had the best all-around season, with better defensive results than Hughes and better point production than Fox. He leads the trio in points per game, GAR, GF%, CF% and a host of other categories. It comes down to how much you penalize him for only playing 57 games, compared to 68 for Hughes and 70 for Fox.

I don’t think that’s enough to take the award away from the most deserving player.

Not only did the Blue Jackets lose potential Hart winner Panarin to free agency, but perhaps no team in the league has been as devastated by injury.

Last season’s No. 2 scorer Cam Atkinson was limited to 44 games with an ankle injury, top defenseman Seth Jones has been out with a fractured ankle since Feb. 8 and a host of others have missed significant time. Still, with young goalies and a cast of relative unknowns, Tortorella kept his team in the mix with a low-scoring, grind-it-out style of play.

At the time the NHL paused the season, Columbus sat in one of the wild card spots in the Eastern Conference.

Vincent Z. Mercogliano is the New York Rangers beat reporter for the USA TODAY Network. Read more of his work at lohud.com/sports/rangers/ and follow him on Twitter @vzmercogliano. 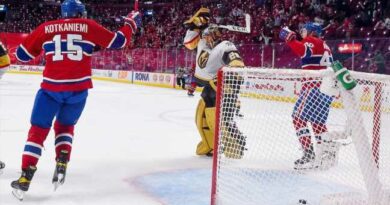