The start of the 2019-20 NHL contract year is just over a week away, July 1 to be exact. A new batch of free agents (and their agents) will be released into the wild at that time, and everyone will be looking to get paid.

Every team has a list of players it wants to keep and is prepared to make an offer to do so. Many of the top teams from the 2018-19 season, including the newest Stanley Cup champion, have plenty of large contracts to address as they try to recreate their success.

The St. Louis Blues have 12 roster players with expiring contracts, including Jordan Binnington, Pat Maroon, Ivan Barbashev, Oskar Sundqvist, Sammy Blais and Carl Gunnarsson, and are projected to have just $17.7 million to spend on them. Each of those players was integral to the Blues’ second-half turnaround and the team would like to keep as many as possible.

No one may have more to do during free agency than Columbus Blue Jackets GM Jarmo Kekäläinen, who was a heavy buyer of expiring contracts at this year’s trade deadline. Kekäläinen bolstered his roster by bringing in Ryan Dzingel and Matt Duchene, who will both become unrestricted free agents on Canada Day. Columbus’ offseason was already looking busy before the trade; Kekäläinen will also have to decide whether to re-sign two-time Vezina Trophy winner Sergei Bobrovsky, Artemi Panarin and nine other players. 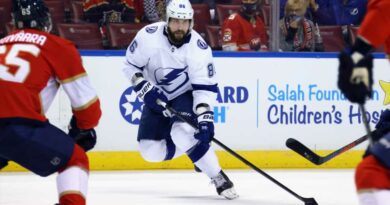