On Monday, the league released a 22-page document for Phase 2 of its planned return. The memo provides a detailed set of guidelines that must be adhered to for teams to reopen their facilities and allow players to return to the ice.

“The NHL has worked closely with the NHLPA and the Players on the Resumption of Play Committee in establishing the framework for this phased approach,” it read, “and has also developed this approach with the input of NHL medical, epidemiology and infectious disease experts as well as Club medical personnel.”

Here’s everything we know so far about the NHL’s Phase 2.

When will players be allowed to return to the ice?

The memo states that “early June” is the target to allow teams to reopen their facilities, but no specific date was given as the league continues to monitor developments in each of its 31 markets. These sessions will only be permitted in areas where local restrictions allow for it.

And don’t expect this to be a full-team skate to start off as not every player will be flocking back all at once. The guidelines only allow for small gatherings of up to six players, along with a limited number of club staff, to engage in voluntary, individual training activities.

What activities will be allowed on the ice?

Players will be allowed to participate in non-contact skating drills with all coaches and other staff having to remain off the ice. Coaches and members of hockey operations will be able to watch these sessions once a training camp is announced or after two weeks of Phase 2, whichever comes later. They cannot have in-person interactions with the players.

The amount of time given to each player for skating practice will be divided equally within each small group of six. When they’re not on the ice, players will be allowed to use the exercise and weight rooms in order to perform weight training (that doesn’t require the use of a spotter), cardio, endurance training and rehab for players that are dealing with injuries.

STANLEY CUP PLAYOFFS: Everything we know about the NHL’s potential resumption

All team members will be required to practice social distancing by maintaining a six-foot distance between themselves and others, the only exception being medical staff helping players rehab injuries.

Inside the building, players will also have to wear masks whenever they’re not actively exercising, while other staff members must wear masks at all times. Trainers and physiotherapists must also wear gloves when interacting with players.

All facilities will be thoroughly cleaned at the start of each day, the end of each day and in between training sessions.

How will players travel back to their team’s city?

The NHL is facing one of its biggest headaches trying to get all of its players back to their respective team cities.

Because the league allowed all players to return home when the season was paused, a number of players will now have to travel from overseas and cross international borders.

Certain countries, like Canada, are requiring a mandatory 14-day self-quarantine for anyone that has arrived from abroad. The league will require players to abide by these rules, and also stated that “even if not imposed by the local health authorities, such individuals returning to the Club’s home city by public transportation, including commercial air or rail travel, must serve a 14-day self-quarantine period post-travel before engaging in training activities at their Club’s facility.”

For the time being, no player will be required to travel back to their team’s city in order to take part in training activities.

Will players be tested for COVID-19?

According to the guidelines, all players and team staff will be tested 48 hours prior to returning to the team facilities, with results coming back within 24 hours. No team member will be allowed back until they have received a confirmed negative test. If possible, the league recommended that teams continue to test their players at least twice weekly.

The memo did note that all testing “must be done in the context of excess testing capacity, so as to not deprive health care workers, vulnerable populations and symptomatic individuals from necessary diagnostic tests.” It also acknowledged that widespread testing on that scale may not be available by the scheduled date of early June. In that case, all players will have to undergo a 14-day self-quarantine, regardless of whether they’re showing symptoms or not, before returning to practice.

All players and staff will also be required to perform daily temperature and symptom checks at their homes before they depart for the team facility and also as soon as they arrive. Anyone with a temperature over 99.5º F (37.5° C) will not be given access to the facility.

What happens if a team doesn’t follow the rules?

The memo makes it clear that this is a strictly voluntary opportunity for the players.

Therefore, it indicates that any teams failing to comply with the guidelines will be subject to severe punishment, including fines or the loss of draft picks.

How long will Phase 2 last?

It’s unclear for now, but it’s safe to assume it will be until at least the end of June at the earliest.

The next step, Phase 3, is expected to consist of training camp, and a vast number of players are going to be forced to self-quarantine for 14 days before returning to practice in any capacity during Phase 2.

With the postseason expected to stretch into July, August and probably even September— if it can be completed at all — it will almost certainly be more than a month before the league seriously considers hitting the ice for a return to competitive hockey. 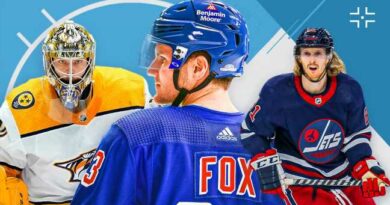 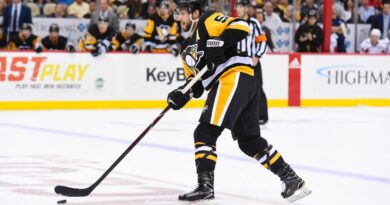