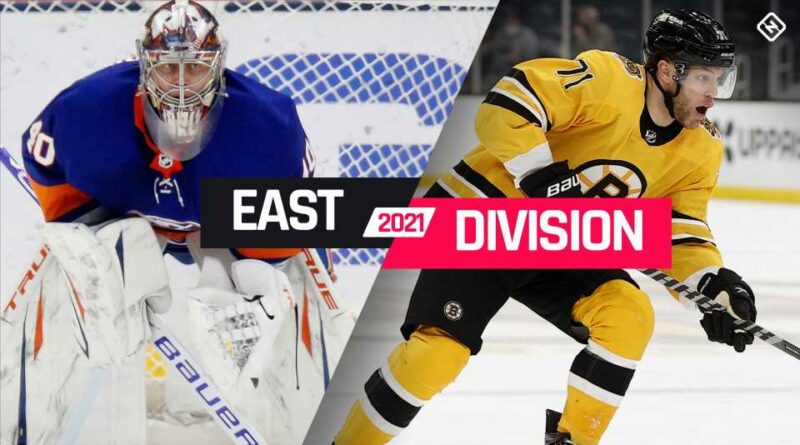 The NHL postseason is officially here.

Sixteen teams begin the gauntlet of the 2021 Stanley Cup playoffs and there’s no telling who will be the last club standing and drinking out of Lord Stanley’s Cup.

The East Division was made up of eight teams that stretched from the Mid-Atlantic region up to New England. Four teams remain: the Penguins, Capitals, Bruins and Islanders. There are some familiar faces — and some history — between these clubs.

Will it be Sidney Crosby and the Penguins marching out of the division, or will it be Mr. 700-Plus Goals Alex Ovechkin and the Capitals? And don’t count out the 2019 runners-up from Beantown or the guys from Long Island.

Sporting News looks at the East Division playoffs and predicts how the first round will shake out.

Two years ago, these teams met in the first round of the postseason and the Islanders swept the Penguins in a lopsided affair with new bench boss Barry Trotz at the helm. It’s now Year 3 on the Island for the 2019 Jack Adams Award winner; will we see a repeat?

It has been a while since these teams have faced each other; the last of their eight-game set in 2021 (the Penguins won the season series 6-2-0 with one overtime win and one shootout win) was on March 29. Both teams have made changes up front since then: the Penguins added Jeff Carter and the Islanders, after losing captain Anders Lee in mid-March, brought on Kyle Palmieri and Travis Zajac from the Devils.

There also the mainstays in this series, including the uber-talented and top Islanders point producer Mathew Barzal (17 goals, 28 assists) and, of course, Crosby. The Penguins captain posted a 62-point campaign in 2021, which included three goals and nine assists against the Isles. It’ll be interesting to see how he handles New York’s stifling defense this postseason; in 2019, he had one assist as the Pens were swept.

The Russian netminder posted a Vezina Trophy-worthy season with a 19-11-4 record, a .929 save percentage and an NHL-best seven shutouts. Hot goaltending is usually the tell for a strong club. If he could replicate his .921 save percentage from the 2020 bubble, then the Islanders should be in a strong position to make a long run.

Known for having a stingy defense, the Islanders allowed just 125 goals in 56 games in 2021, second-fewest in the league. Only the Golden Knights allowed fewer (122). By comparison, the Penguins allowed 155 goals.

Though New York allowed just 2.23 goals against per game, the team only scored 2.71 goals for per game. The Isles will need their defensive game in this one as the Penguins were second in the NHL at 3.45 GF/GP.

The squads were evenly matched in the regular season, splitting the eight-game set (two of Boston’s losses were in OT/SO). The Bruins scored 26 goals, the Caps pumped in 24 and each team averaged 30.0 shots on goal per game. Both teams have solid netminders, goal-scoring machines and strong defense, but only one has veteran rearguard Zdeno Chara. The big man is now with the Capitals after spending the previous 14 years with his first-round series opponent.

It’ll be interesting to see how they match up in the postseason. The Bruins will have netminder Tuukka Rask leading the charge while Caps rookies Vitek Vanecek (who left Game 1 early with a lower-body injury) and Ilya Samsonov (who before Saturday was on the league’s COVID-19 list) could split time. Will the duo be able to stop Boston’s “The Perfection Line”? Will Ovechkin, T.J. Oshie and Caps trade deadline pickup Anthony Mantha, who is making his playoff debut, be able to match the Bruins’ offense? This should be a good one.

The winger was acquired by Boston around the trade deadline, and after scoring 19 points (two goals, 17 assists) in 37 games for the Sabres, he was reinvigorated in Beantown. He potted eight goals and added six assists in 16 games with the Bruins. Hall has some postseason experience: in 2020 with the Coyotes (six points) and in 2018 with the Devils (six points). He’s aiming for a new contract and an extended stay in Boston, so the 29-year-old will need to prove his worth.

Special teams could play a critical role here. The Bruins’ penalty kill was second in the NHL at 85.9 percent effectiveness during the regular season, a critical fact considering the Capitals has the third-best power play (24.8 percent). In the season series, the Bruins’ power play was only 70 percent effective while the Capitals put home nine goals in 30 chances and averaged 1.13 power-play goals per game. It would be best if Boston stayed out of the box so Ovechkin can’t set up in his office, but if it does rack up the penalty minutes, then it will need to lock it down the way it did against the rest of the division.

Betting odds courtesy of FanDuel as of May 14.

What channel is the 2020 NHL Draft on today? Time, TV schedule, live stream to watch Day 1