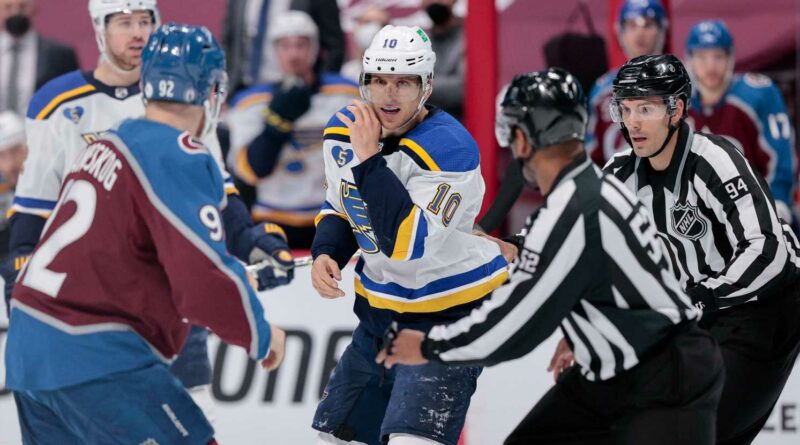 If there were any concerns about the health of Colorado Avalanche star Nathan MacKinnon after he sat out of the final two regular-season games with an injury, he answered quickly with two goals and an assist in a 4-1 victory in Game 1 against the St. Louis Blues.

He and top-line wingers Gabriel Landeskog and Mikko Rantanen combined for eight points and 16 shots of the 50 shots against St. Louis goalie Jordan Binnington.

"He's a threat every time he's on the ice," Landeskog said of MacKinnon in a postgame interview. "I would expect nothing else from Nate."

Landeskog, the team captain, had a Gordie Howe hat trick (goal, assist, fight), taking on Brayden Schenn after the Blues player's hit on Rantanen in the first period.

"Our team was able to feed off that," Landeskog said. "Obviously, Schenn's a physical player and he tries to run Mikko. I've got to defend my linemates and teammates."

Said Avalanche defenseman Cale Makar: "He's the captain for a reason. … I think he definitely set the tempo."

The NHL playoffs are always intense, and adding to that are all the tight games.

The first three playoff games went to overtime, the first time that has happened in NHL history. The highly entertaining Tampa Bay-Florida game on Sunday night, which featured four lead changes, was heading that way before the Lightning's Brayden Point broke a tie with 74 seconds left.

Monday, Boston and Washington went to overtime for the second time in their series. Brad Marchand scored 39 seconds in for a 4-3 win and a Bruins record.

Brad Marchand scored the fastest goal to start a #StanleyCup Playoffs overtime in @NHLBruins history and tied the First Round series at 1-1 in the process.

It wasn't until the sixth and seventh games of the playoffs (Nashville-Carolina and St. Louis-Colorado) that a team finally took a two-goal lead. Both of those happened in the third period.

One reason for the close games: Teams have played within their divisions all season and are staying in the division for two playoff rounds, so they have a lot of familiarity with their opponents.

Counting the playoffs, Minnesota and Vegas have gone to overtime four times. So have the Capitals and Bruins. The Islanders and Penguins have had three.

The Hurricanes had the NHL's biggest crowd of the postseason with 12,000 at PNC Arena after Gov. Roy Cooper eased restrictions. He was in the building Monday and sounded the siren before the game.

Career stat for me when sounding the Hurricane Warning Siren to start the game: @Canes are 3 wins 0 losses. #LetsGoCanes 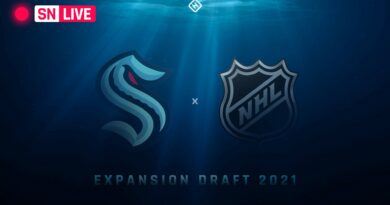 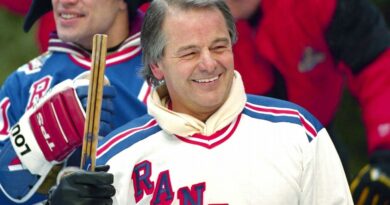