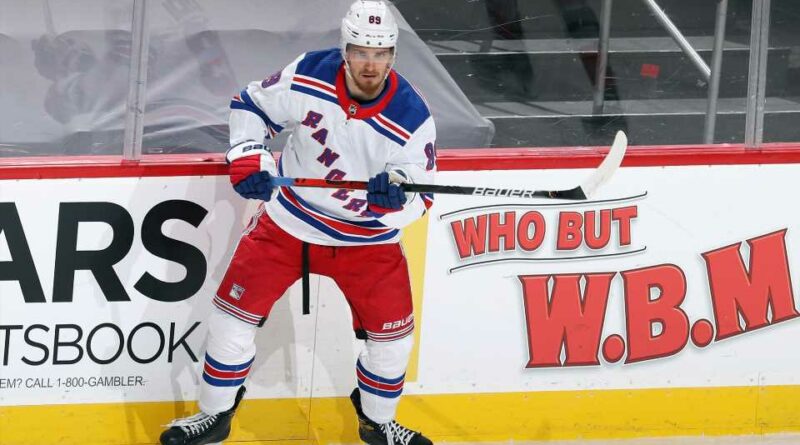 When the Rangers and the Capitals played on Wednesday night, Pavel Buchnevich was once again the center of attention for the Rangers. However, the reason he was in the spotlight were far different than they were on Monday.

In the Monday game, Buchnevich was punched in the head by Capitals forward Tom Wilson while he was laying down on the ice after a play. That led to a scrum where Wilson slammed Rangers star Artemi Panarin to the ice and injured him. Panarin is out for the rest of the season, but the punishment for Wilson amounted only to a $5,000 fine. He wasn’t suspended.

As a result of NHL’s Department of Player Safety head George Parros’ decision, the Rangers decided to take matters into their own hands on Wednesday. In the first period, there were six fights involving 12 different players and 100 total penalty minutes. In the second period, things got uglier, as Buchnevich, who had been in a tit-for-tat battle in the early stages of the frame. It culminated when Buchnevich cross-checked Mantha in the face, drawing a major penalty and game misconduct for his actions.

Now, Buchnevich has heard from the Department of Player Safety and it turns out that he will be serving a one-game suspension.

Make no mistake: Buchnevich deserved to be suspended. His hit on Mantha was certainly dirty.

But the irony of this is that if Parros had just been willing to suspend Wilson, as his actions warranted, this whole situation probably could’ve been avoided. All Parros had to do was suspend Wilson one game and the Rangers probably wouldn’t have gone into Wednesday’s game seeking revenge.  Instead, the players took the administration of justice into their own hands. That led to things getting out of hand with three fights just one second into Wednesday’s Capitals-Rangers game.

Buchnevich’s suspension wasn’t the only punishment dealt to the Rangers on Thursday either. The NHL fined the team a whopping $250,000 for a statement they released calling upon Parros to step down from his role in the Department of Player Safety.

“While we don’t expect our Clubs to agree with every decision rendered by the Department of Player Safety, the extent to which the Rangers expressed their disagreement was unacceptable,” NHL commissioner Gary Bettman said in a league statement. “It is terribly unfair to question George Parros’ professionalism and dedication to his role and the Department of Player Safety.”