The National Women’s Hockey League is holding its draft Tuesday and Wednesday just days after announcing the addition of an expansion team in Toronto.

Earlier Tuesday, the Toronto NWHL franchise completed a trade with the Boston Pride, sending the first overall pick and a 2020 fifth-round selection to Boston for the Pride’s first-round picks in 2020 and 2021 and a 2021 second-round pick.

With that first overall pick, the Pride selected Boston University forward Sammy Davis. She finished her Terriers career with 142 points in 147 games and was a three-time team captain.

The league is having athletes, executives and broadcasters announce each pick on Twitter. The list includes WNBA players Natalie Achonwa, Rachel Banham and Jasmine Thomas and broadcasters Kenny Albert and John Buccigross.

The results from the 2020 NWHL Draft. Rounds 1 and 2 are taking place Tuesday; Rounds 3-5 are set for Wednesday: 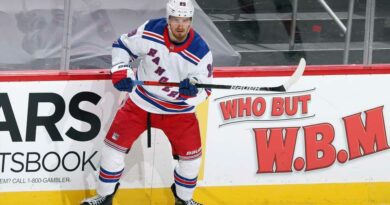