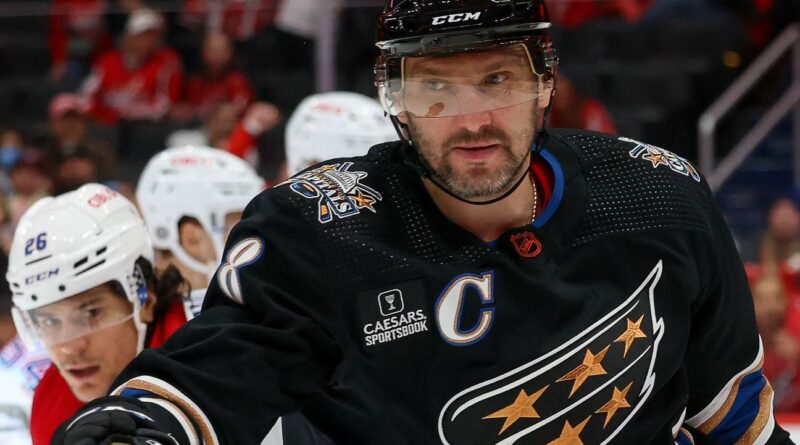 WASHINGTON — Alex Ovechkin scored almost at will against the Montreal Canadiens and moved a few steps closer to Wayne Gretzky’s NHL goal record.

Ovechkin recorded his 30th career hat trick to speed up his pursuit of Gretzky’s mark, Charlie Lindgren made 31 saves against his first NHL team and the Washington Capitals skated circles around Montreal on the way to a 9-2 rout Saturday.

Asked if he enjoys facing the Canadiens after reaching 37 goals in 53 games against them, Ovechkin replied, “No, I just enjoy to play hockey.” He and the Capitals enjoyed every bit of this game.

Ovechkin’s 804th, 805th and 806th career goals put him 88 back of Gretzky’s record of 894 that long seemed unapproachable. He has scored six times in four games to reach 26 this season, past the halfway point to his 10th 50-goal season, which would be one more than “The Great One.”

Lindgren stopped former Canadiens teammate Nick Suzuki on a breakaway among a handful of key stops in winning for the ninth time in his past 10 starts. An undrafted free agent signing by Montreal, Lindgren is unbeaten in two games against the organization he spent his first five professional seasons with.

“They got some chances, but I thought we did a great job countering and obviously we did a good job putting the puck in the net, too,” Lindgren said. “I have a lot of respect for a lot of the guys on the team there. But beating your old team, it definitely feels a little sweeter.”

The Capitals dominated, absent a short stretch from late in the first period through five or so minutes of the second. They made the Canadiens look helpless and haphazard in their own zone, and on their seventh goal, multiple Washington players did laps around Montreal defenders before Marcus Johansson scored.

Erik Gustafsson, Garnet Hathaway and Nic Dowd scored before Ovechkin made it 4-1, center Dylan Strome finished for a power-play goal late in the second and Anthony Mantha added a goal. Washington has won 11 of 13 to go from struggling amid injuries to solidly in playoff position and should be getting reinforcements on the way soon in the form of forwards Tom Wilson, Nicklas Backstrom and T.J. Oshie on the verge of returning from injuries.

“This whole December how we played shows how good we are,” said Gustafsson, who has six goals and six assists during a Capitals’ season-best seven-game point streak. “And if we can keep this rolling — we have big players coming back too soon — it’s a fun stretch we have here.”

Cole Caufield scored his 20th and 21st goals of the season for the Canadiens in their fifth consecutive loss. He’s the first Montreal player to reach 20 goals in 37 of fewer games since Martin Rucinsky and Brian Savage in 1995-96.

“He’s pretty good — I’ll just leave it at that,” Lindgren said. “He got a couple tonight, but yeah he’s a great hockey player.”

Jake Allen allowed nine goals on 38 shots for the Canadiens, who have lost eight of nine. Coach Martin St. Louis took some blame for leaving Allen in the entire game instead of pulling him.

“I probably could’ve helped him out,” St. Louis said. “They got to eight, nine with four minutes to go at that point, think I was past the point of no return in that department. But I think as a young coach, this is a learning experience for me.”

The Capitals will wrap up their three-game homestand Tuesday night against the Buffalo Sabres. 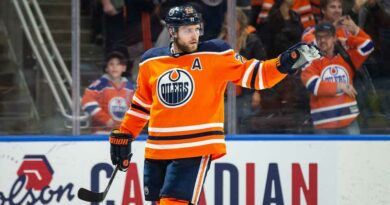