Saying it’s time to become “just another retiree in South Florida,” goalie Roberto Luongo of the Florida Panthers announced his retirement from the NHL on Wednesday after a stellar 19-season career.

“Thinking about getting onto the ice in late July, for the first time in my career, I wasn’t excited about it. That was the sign for me. It’s not that I don’t love playing hockey anymore, but I had to listen to my body. I’m at the point where my body was telling me it just needed a rest. It didn’t really want to get going,” said Luongo, in a letter posted to the Panthers’ website.

“So I’ve decided to retire, and it’s been really tough. One of the hardest things I’ve gone through in making this decision was when I told Gianni and Gabriella, my kids. Seeing them cry when I told them about it because they loved coming to the games and watching me play so much, it really broke my heart. We cried together. It was hard, it was really sad.”

Luongo ends his career as one of the most accomplished goaltenders in NHL history. In 1,044 games with the New York Islanders, the Panthers and the Vancouver Canucks, Luongo amassed a record of 489-392-124, with a .919 save percentage and a 2.52 goals-against average. He ranks third all-time in wins, second all-time in games played, and second in shots faced (30,924) and saves made (28,409). His save percentage is 10th best all-time.

Luongo never won the Stanley Cup, although he helped push the 2011 Stanley Cup Final to seven games against the Boston Bruins. He won Olympic gold twice in 2010 and 2014, and golds at the world championships (2003, 2004) and the World Cup of Hockey (2004). A three-time finalist for the Vezina Trophy for the NHL’s top goalie, his only award was the Jennings Trophy in 2011 for the lowest goals against in the NHL.

Off the ice, Luongo has made headlines from the moment he entered the league. He was drafted fourth overall by the Islanders in 1997, only to be traded to Florida in a lopsided deal in 2000 when the Islanders selected goalie Rick DiPietro first overall. He remained there until a blockbuster deal in 2006 sent him to Vancouver, where he played 448 games.

In September 2009, Luongo signed a massive 12-year, $64 million contract with Vancouver, a deal that proved too elephantine for the Canucks, who traded Luongo in 2013.

“My contract sucks — that’s what’s the problem,” Luongo said at the time. “I’d scrap it if I could now.”

The Canucks found a taker for that contract in Florida in 2014, as Luongo relocated back to where his family still had a home.

After a strong 2017-18, his last season was statistically his worst in the NHL, with an .899 save percentage and a 3.12 goals-against average. There was speculation that Luongo could be placed on long-term injured reserve to get his cap hit off the books, but instead he chose to retire.

There are cap implications for both the Canucks and Panthers because of this decision. The latest NHL collective bargaining agreement retroactively punished teams that gave out contracts like Luongo’s that front-loaded money in what was seen as an attempt to circumvent the salary cap. This “recapture penalty” costs the offending team the difference between what the player is really making and the annual average value of the deal. Since Luongo was slated to make significantly less than his $5.33 million AAV, the Canucks will be hit with a $3,033,206 penalty for the next three seasons, while the Panthers are on the hook for $1,094,128 for three seasons.

Luongo plans to live in Parkland, Florida, home of Marjory Stoneman Douglas High School where 17 people were killed in a shooting in February 2018.

“I’m building a home in Parkland and it’s going to be my family’s permanent home for the rest of our time on this earth,” he said. “I’m proud to be a Parkland resident. We’ve been through a lot, but we came together. We’ve tried to heal together and we’ve tried to make our community and our world a better place.”

Luongo wrote that this is not the time to discuss future plans, though he expressed an interest in remaining involved in hockey. 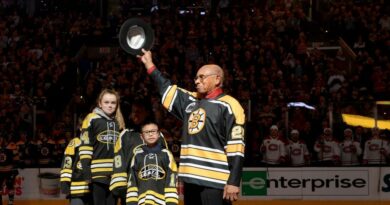 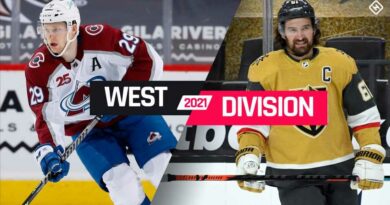