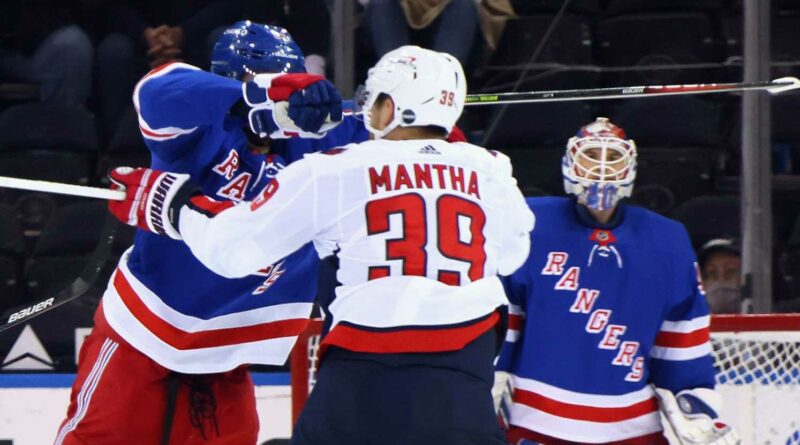 Pavel Buchnevich was the victim Monday when he was punched while face down on the ice by the Washington Capitals' Tom Wilson.

After Wednesday's fight-filled rematch against the Capitals, the New York Rangers forward faces a potential suspension for his own actions.

The NHL Department of Player Safety announced Thursday that Buchnevich would have a hearing for high-sticking Capitals forward Anthony Mantha.

The Rangers were upset that Wilson had received only a $5,000 fine for his actions, which included a body slam that caused a season-ending injury to star Artemi Panarin. Three fights broke out at the opening faceoff Wednesday night and Rangers defenseman Brendan Smith fought Wilson on his first shift. There were six fights in the first five minutes.

Pavel Buchnevich gets a major for cross-checking Anthony Mantha and a game misconduct #NYRpic.twitter.com/yfTIkhLZNq

Buchnevich received a five-minute major and game misconduct in the second period for hitting Mantha in the face with his stick.

That gave him 19 penalty minutes for the game after he had slashed Wilson and high-sticked Zdeno Chara in the first period.