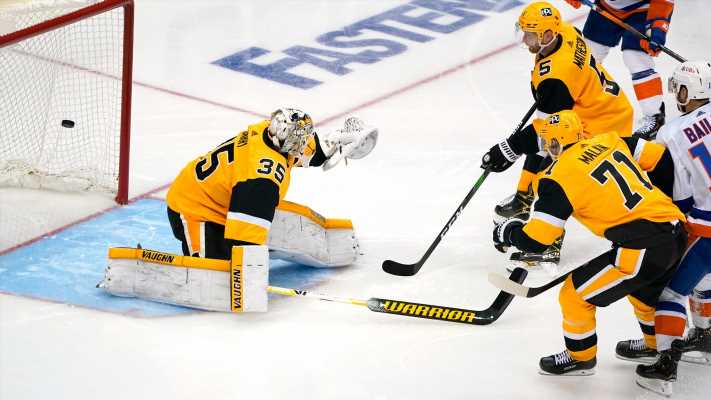 "At first, I was just trying to settle it down and wanted to get a good shot off and then I kind of ran out of time and let it go," he told reporters.

His shot beat Jarry glove side, the same place where the goalie has given up other goals in the series, for a 3-2 win and a 3-2 lead in the best-of-seven series.

But the Penguins are rallying around Jarry as they face a must-win road game on Wednesday.

"It’s a team game," defenseman Kris Letang told reporters. "It’s nobody’s fault. We win as a team. We lose as a team. We’re going to shake it off and he’s going to bring his A game like we did tonight, and we’ll go in there and try to win that game."

The Penguins were stymied for the second consecutive game by Islanders goalie Ilya Sorokin (48 saves). Jarry finished with 26 saves, but Penguins coach Mike Sullivan noted that if the goalie hadn't come up big on Jordan Eberle in the first overtime, there wouldn't have been a second OT.

The Winnipeg Jets are moving to the next round after completing a shocking four-game sweep of the Edmonton Oilers with a 4-3 triple-overtime win.

The Jets shut out the NHL's top scorers, Connor McDavid and Leon Draisaitl, in the first two games and rallied from a 4-1 third-period deficit to win Game 3.

Monday, McDavid scored his first goal of the series, but Winnipeg's Mark Scheifele tied it in the third period with his second goal of the game, and Kyle Connor scored the winner in the longest game in Jets history. The final three games of the series went into overtime.

Edmonton defenseman Darnell Nurse played more than 62 minutes in the game, third most in NHL history.

The Jets will play the winner of the Toronto Maple Leafs-Montreal Canadiens series. Toronto went up 2-1 with a 2-1 victory Monday.

McDavid scored 105 points in 56 games, including 22 points against the Jets, during the regular season.

"The regular season doesn't mean anything," he said.

The Tampa Bay Lightning scored on their first shot against him on a 2-on-1 break, but that was it as he finished with 36 saves in a 4-1 win that staved off elimination.

"He was just a rock all night," defenseman MacKenzie Weegar said. "He just put that one behind him. He matured after that."

Knight, 20, is the youngest goalie to start an elimination game.

"I don't think about the result, detach from it and just have fun in the moment," he said.

-Minnesota rookie Kirill Kaprizov and veteran Zach Parise scored their first goals of the postseason as the Wild stayed alive with a 4-2 victory in Game 5 at the Vegas Golden Knights. The Wild were outshot 39-14. 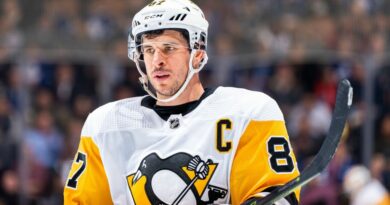