Home » NHL » Penguins rule out Crosby for Game 6 vs. Rangers 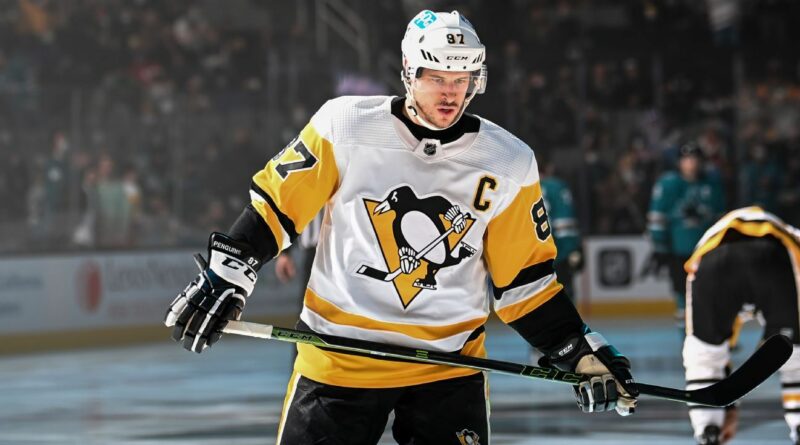 The Penguins lead the Rangers 3-2 in their opening-round series. Game 6 is scheduled for 7 p.m. ET in Pittsburgh.

Crosby suffered what the Penguins called an upper-body injury after taking a high hit from Rangers defenseman Jacob Trouba in Wednesday night’s Game 5 loss. The captain left the Penguins bench in the second period and did not return. Sullivan said Crosby did skate Friday with skills coach Ty Hennes and added that the team captain is “in a good place.”

Center Evgeni Malkin skated in Crosby’s usual spot with wingers Jake Guentzel and Bryan Rust during Friday’s practice. Center Evan Rodrigues, who has three points in five playoff games, moved up from the team’s fourth line to center Danton Heinen and Kasperi Kapanen, who had been skating with Malkin. Rodrigues also moved into Crosby’s spot on the Penguins’ top power-play unit, where he appeared in Game 5 after Crosby’s injury.

After the hit from Trouba, Crosby took two additional shifts before leaving the game. Crosby finished his last shift with 6:50 left in the second period and did not return.

The Rangers orchestrated a three-goal rally that erased a 2-0 Penguins lead and eventually won the game 5-3 to avoid elimination and force Game 6.

Asked if he felt Trouba had any intent to injure on the hit, Sullivan said, “Did you see the hit? You probably have the same opinion I do.”

On Thursday, the NHL opted against fining or suspending Trouba. A source told ESPN that the league’s department of player safety didn’t see any intent on the part of Trouba.

Rangers coach Gerard Gallant said he wasn’t concerned that Trouba would be suspended.

“As great a player as Sid is, he does a lot of twisting and turning and spinning away from guys,” Gallant said. “Troubs went to play the puck, and his elbow got up a little high on him. There was no intent. He wasn’t trying to hurt anybody. Wasn’t running people through the glass, that’s for sure.”

Crosby has been one of the Stanley Cup playoffs’ top performers and an MVP for the Penguins in their first-round series against the Rangers. He has nine points in five games for Pittsburgh, tallying two points in each of the first three games of the series and three points in the Penguins’ Game 4 win.

With Crosby on the ice this series, the Penguins have held a 58-18 advantage in scoring chances at 5-on-5.

The Penguins are also expected to be without defenseman Brian Dumoulin, who has been absent since Game 1, and Tristan Jarry, their starting goalie in the regular season who has missed the entire series with an injury.

Goalie Louis Domingue, who replaced the injured Casey DeSmith in double overtime of Game 1, is expected to start Game 6.

In more positive injury news for the Penguins, Sullivan said forward Rickard Rakell is a game-time decision. The winger, who was acquired at the trade deadline from the Anaheim Ducks, hasn’t played since Game 1 of the series after taking a hard hit from Rangers defenseman Ryan Lindgren. 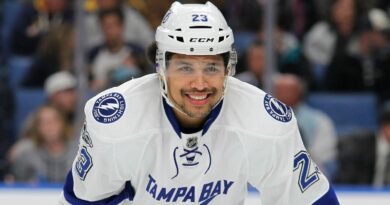