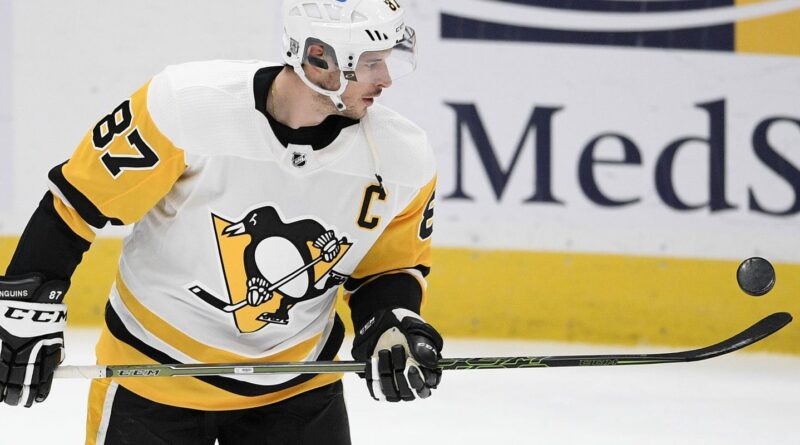 "As I said to our players, we can do all the right things and this kind of stuff could happen," Sullivan said. "But there's protocols put in place for a reason. We will do our very best to adhere to the protocols and control what we can to give ourselves the best chance to win."

Crosby being placed on the list doesn't necessarily mean he has been diagnosed with COVID-19. According to the league's protocols, a player may be placed on the list for several reasons, including if there has been an unconfirmed positive test, if the player is symptomatic but awaiting further testing and if the player has been deemed a high-risk close contact to someone who has been confirmed to be positive, among others.

Center Sidney Crosby leads the Penguins with 18 points this season, one ahead of Jake Guentzel. (Photo: The Associated Press)

RANGERS: How rookie Alexis Lafrenière is adapting to his new life in the NHL

Crosby, 33, is tied for most goals on the Penguins with seven and leads the team in points with 18.

"He's not an easy guy to replace by any stretch, but we have been through this experience in the past and found ways to have success," Sullivan said. "It should provide opportunities for others to step up."

Sullivan added that the Penguins didn't have a morning skate because of the NHL's COVID-19 protocol.

The Penguins (11-8-1) rank fifth in the East division with 23 points, two behind the fourth-place Flyers, who have played two fewer games.

Tuesday night's game at PPG Paints Arena will be the first to have fans in attendance since March 8 of last year, after Pennsylvania Gov. Tom Wolf and the State Department of Health eased restrictions on indoor gatherings and sporting events.

Attendance for the game will be limited to 15% capacity, or 2,800 total fans.

Anatomy of a playoff collapse: What happened to the Lightning?