The death of George Floyd in Minnesota has sent shockwaves around the world, and figures from the sports world have begun to weigh in.

LeBron James and Colin Kaepernick are among those who have spoken out on the incident, in which a now-former Minneapolis police officer was recorded digging his knee into the neck of Floyd, who was unarmed and being held down on the street. San Jose Sharks forward Evander Kane was one of the first members of the hockey community to speak out publicly.

In an appearance Friday on ESPN’s “First Take”, Kane spoke about what affected him the most from the incident.

“Well, first and foremost, an innocent man dying for no good reason,” he said. “It’s really disappointing to see this continuing in the world we live in today in 2020. Just the fashion that he was murdered; people watching, people shouting to help that man out, him telling the officer, ‘I can’t breathe,’ the cop in front of that incident pushing people back and not doing anything about it, it’s infuriating.”

Kane, who is one of several dozen black players currently in the NHL, was adamant that the world’s most recognizable athletes, regardless of race, should be using their platforms to denounce the incident.

“We need so many more athletes that don’t look like me speaking out about this, having the same amount of outrage that I have inside, and using that to voice their opinion and their frustration,” he said. “That’s the only way it’s going to change. We’ve been outraged for hundreds of years and nothing has changed.

“It’s time for guys like Tom Brady and Sidney Crosby and those types of figures to speak up about what is right and, clearly in this case, what is unbelievably wrong,” he said. “That’s the only way we’re going to actually create that unified anger to create that necessary change, especially when you talk about systematic racism.”

He also said he wasn’t sure if there were enough hockey players making their voices heard on racial issues.

“I don’t know. I haven’t seen too much,” he said. “What I do know is that, in terms of my teammates, they’re unbelievably supportive of me and what I stand for. I think hockey, unfortunately, has a different culture than some of the other sports in terms of speaking out, using your voice and speaking your mind.

“I’m one of the anomalies when it comes to NHL players in doing that. That’s another part of our problem, is guys being scared to really speak their mind and stand up for what’s right. This example is one of many, unfortunately, of what has continued for a number of years and ever since I’ve been alive.”

Kane posted on Twitter on Wednesday that he had signed a petition for the four police officers involved to be arrested.

“These officers need to be in jail,” he said. “The fact that you have CNN reporters getting arrested for doing their job in an extremely peaceful way and being cooperative with police, and yet you have four officers, one in particular, who murdered a man, and they’re out free. It makes absolutely no sense. It’s a complete joke, and that’s where the system that we live in . . . is in complete collapse.”

The CNN reporter Kane was referencing was Omar Jimenez, who was arrested live on camera during a broadcast before later being released. As of Friday afternoon, the only officer who had been taken into custody was Derek Chauvin, who pressed his knee into Floyd’s neck for more than eight minutes. Chauvin was charged with third-degree murder. 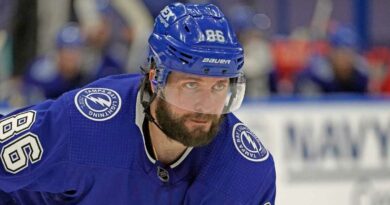