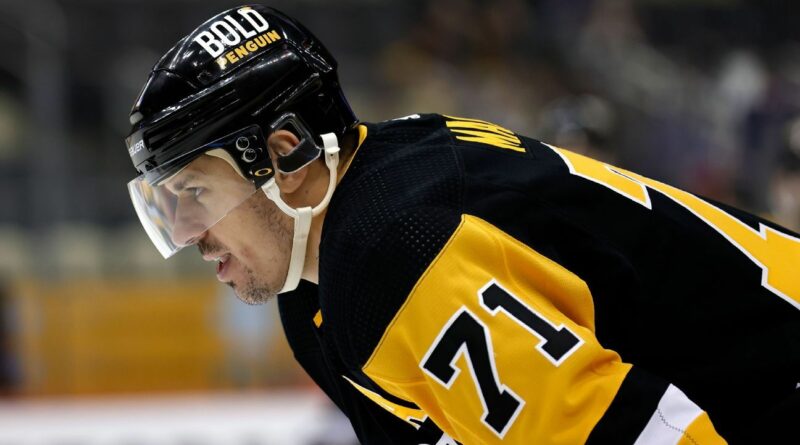 Evgeni Malkin will test free agency for the first time in his career as the star center and the Pittsburgh Penguins remain at a contract impasse, an NHL source told ESPN on Monday, confirming a TSN report.

Malkin, 35, has spent all 16 years of his career with the Penguins. He was part of the core, along with center Sidney Crosby and defenseman Kris Letang, that helped Pittsburgh win the Stanley Cup three times. Malkin won the Hart Trophy as league MVP in 2011-12 and the Conn Smythe Trophy as playoff MVP in 2009.

While the Penguins signed fellow veteran free agent Letang to a new six-year contract last week, they’ve been unable to agree to terms with Malkin yet.

The Athletic reported that Pittsburgh has gone from a $6 million average annual value on a two-year deal to that same cap number on a three-year deal. But Malkin is seeking terms beyond that on his next contract.

GM Ron Hextall has stated his intent to bring Malkin back, and he believes the feeling is mutual. They were “chipping away” at a contract, according to Hextall, but apparently could not find common ground.

Although slowed by injuries, Malkin recorded 20 goals and 22 points in 41 games for the Penguins last season, and totaled six points in seven playoff games.

Decker to get $25K by CCM for skills competition