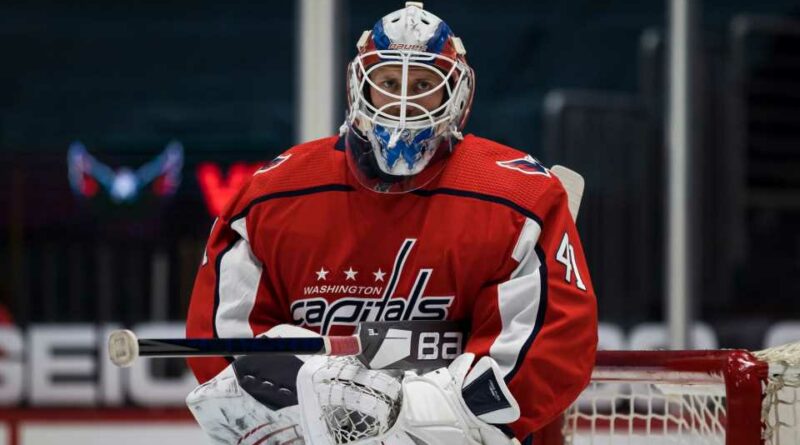 The Capitals encountered early adversity in their first-round Stanley Cup playoffs matchup with the Bruins on Saturday. Starting goaltender Vitek Vanecek left Game 1 in the first period with what appeared to be a lower-body injury.

Vanecek was hurt as he failed to stop a goal by Boston’s Jake DeBrusk at 13:10 of the period. He fell to the ice after doing a split.

The Caps later announced that Vanecek would not return. Pheonix Copley, who played for the team’s AHL affiliate in Hershey, Pa., this season, was named the emergency backup.

Anderson, who will turn 40 on May 21, has 46 games of playoff experience with the Avalanche and Senators. His last postseason appearance was in 2017 with Ottawa. He was on the active roster in place of Ilya Samsonov, who came off the NHL’s COVID-19 protocol list Saturday but did not dress for the East Division series opener.