New Jersey Devils center Brian Boyle has played in 704 games over 12 seasons for five teams. He has scored 109 career goals but has never notched a hat trick — until Monday night in Pittsburgh. The best part? It was on the Pittsburgh Penguins’ Hockey Fights Cancer night.

Boyle, 34, was diagnosed with chronic myeloid leukemia in September 2017 after a training camp physical. He played through the 2017-18 season while undergoing treatment. Two weeks ago, he found out that he was in remission.

Boyle scored a goal in the first period of Monday night’s 5-1 win to give the Devils a 2-1 lead over the Penguins. He then scored back-to-back power-play goals in the third to give his team a cushy 4-1 lead. All goals came against Pittsburgh starter Matt Murray. Boyle now has six goals on the season.

Boyle was asked what it meant to have a big game on cancer awareness night.

“What we’re able to do, raising money, raising funds and awareness, recognizing the people that are fighting — sometimes they feel alone,” Boyle told MSG Network after the game broadcast. “You know, it affects so many people. … It’s really scary. It’s something that, it’s all across the league. You can ask any guy, and it’s affecting them.

“So it’s important,” Boyle said. “It’s good that it’s a month. Obviously, we’re involved. It’s near and dear to my heart. It’s a club, I’ve said before, you don’t want to be in. I’ve been on that side — I know what it feels like to hear the words ‘you have cancer’ from a doctor. And I’m really fortunate to have a clean bill of health. And I get some energy when I’m not playing to try to put toward the initiative, too.”

Boyle, who didn’t make his season debut until Nov. 1 of last season, was awarded the 2018 Bill Masterton Memorial Trophy for “perseverance, sportsmanship and dedication to hockey.” The award is voted on annually by members of the Professional Hockey Writers Association.

“I was certainly proud they looked to her, and she was proud and honored to be thought of in that high regard,” Boyle told MSG Network. “She might be a little nervous I think, just because of the work she really wants to do, she really wants to do a good job. I’m not nervous for her at all because I know how determined she is, how near and dear this is to her heart, as well.”

Boyle got an update on his health status after meeting with his doctor two weeks ago.

“A test [BCR-ABL1] looks for the leukemia cells in your blood, and when I was first diagnosed, it was at 75 percent,” Boyle earlier told NHL.com. “At the end of last season, it was at .08 percent, and in July I was .04 percent. The results showed all zeros on Monday. It’s full molecular remission, and I feel really good. It was kind of the way the progression was happening the last few tests. When I told my wife, she was excited and got emotional. The game plan has been working well, and now I’m just going to continue with it. It was good news, but it doesn’t change a whole lot for me and I’ll continue taking the medicine.”

The Hingham, Massachusetts, native said he will need to continue taking medication once a month and still will have regular checkups with doctors to monitor his health. 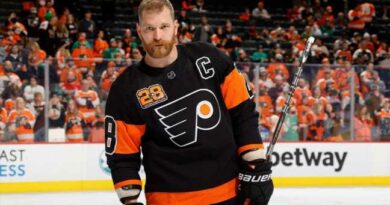 Trade grades on the biggest swaps of the 2022 NHL deadline 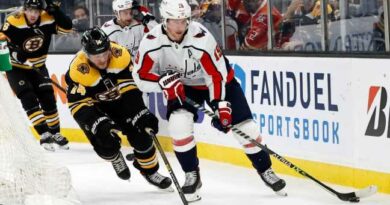