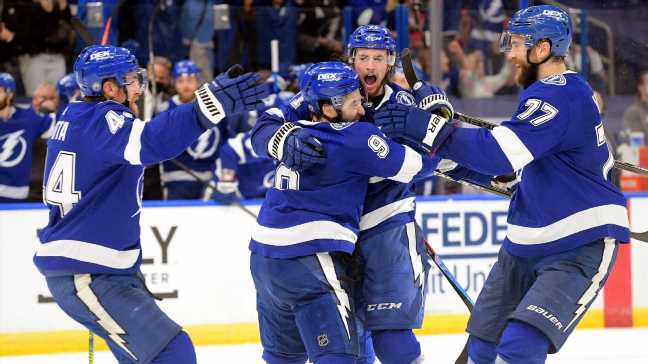 Facing the prospect of a second consecutive Stanley Cup celebration in isolation in Canada, the Tampa Bay Lightning insist they’re focused on completing a sweep of the Montreal Canadiens and not the prospect of winning at home in front of family and friends.

However, Tampa Mayor Jane Castor said Sunday she would like to see the Lightning clinch the Cup on home ice.

“What we would like is for the Lightning to take it a little bit easy, to give the Canadiens just the smallest break, allow them to win one at home, and then bring it back to the Amalie Arena for the final and the winning of the Stanley Cup,” she said. “We don’t want to get ahead of ourselves. But they are playing some amazing, amazing hockey.”

The Lightning can sweep the Canadiens out of the Cup Final in Game 4 on Monday night. Family members were not given an exemption by the Canadian government to cross the border for the possible festivities, so it would be reminiscent of September, when Tampa Bay won the Cup in the bubble in Edmonton, Alberta.

“That [thought of winning at home versus the sweep] will never sneak into our locker room,” Lightning coach Jon Cooper said earlier Sunday after an optional practice. “It’s about winning. It’s not about where you win. And that’s all we care about.”

Cooper and captain Steven Stamkos said the team has learned from previous situations in losing closeout games and knows better than to take anything as a given in the playoffs. The Lightning lost to the New York Islanders and Dallas Stars last year in the first chance to eliminate each opponent, and Tampa Bay did the same during the previous round against the Isles.

“We’ve been in this position before. We understand the magnitude of the game,” Stamkos said. “We’re focused on the start of next game. All those other things work themselves out. You never know what’s going to happen in the course of a game or a series, so we’re focused on our start next game.” 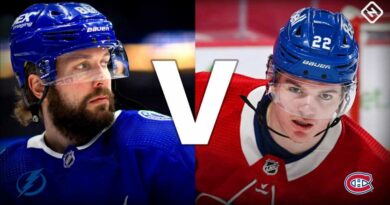 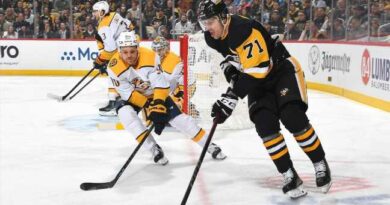