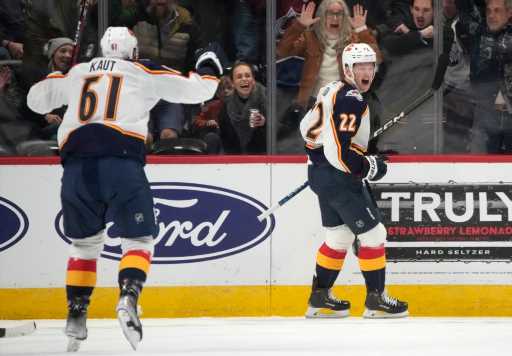 Four players have been the life vest keeping the Avalanche afloat throughout the first quarter of the season. When injuries force a fourth line to become a revolving door of AHL call-ups, reliance on stars is to be expected.

But sometimes a few rebound opportunities are all it takes for supplementary scorers to contribute to the exercise of treading water.

If treading water is what the Avs are doing early in their Stanley Cup title defense, they’re awfully good at it. Their 4-1 win Saturday night completed a two-game sweep this week against the Central Division-leading Dallas Stars.

Jared Bednar had to rework those lines again with second-line center Evan Rodrigues (lower body) out an estimated two to four weeks. Alex Newhook reverted from left wing to Rodrigues’ center position. Hunt moved up from the fourth line to the second, a domino move by necessity that paid dividends. His second-period goal to give Colorado a 3-1 lead was his first point since the Avalanche claimed him off waivers in October. It was Hunt’s 15th game since arriving from the Rangers.

The first and third have interestingly been the lines leaving Bednar most content, albeit for wildly different reasons.

As refreshing as the balance was, the foursome of Artturi Lehkonen, Nathan MacKinnon, Mikko Rantanen and Cale Makar has produced the majority of Colorado’s offense since the injury to Valeri Nichushkin, Colorado’s leading scorer at the time.

In the last 12 games, they have combined to account for 55.7% of the Avalanche’s individual points (64 of 115). Lehkonen is riding a career-high nine-game point streak.

He and Rantanen were on the assisting end of Colorado’s second goal Saturday, a fracas in front of the net that also marked the beginning of Manson’s eventful, head-spinning evening. The defenseman cleaned up a rebound for his second goal of the season and a 2-0 intermission lead.

Manson, who already led the team in penalty minutes, was sent to the box three times in a bizarre second period. The first two penalties were against Mason Marchment — coincidentally the same player Manson checked five days earlier in Dallas, leading to a fight between Manson and Jamie Benn.

Manson wasn’t pleased with the second whistle, a holding call. When he returned to the ice, a high stick from Marchment caught him in the face. No penalty was called, leaving Manson laughing at the officiating as he returned to the bench. Ninety seconds later, he was back in the box for tripping Radek Faksa.

The Avalanche committed five penalties in the period and spent 8:30 of the 20 minutes short-handed, but Dallas only managed one power play goal. Joe Pavelski scored it, snapping a streak of 13 consecutive penalties killed by the Avalanche.

Colorado’s special teams are clicking. Since their egregious 11-for-20 start to the season on penalty kill, the Avs have successfully killed 41 of the last 47 (87.2%), bringing their season rate to 77.6%.

And MacKinnon scored first Saturday on a power play, taking advantage of an unforced Dallas error. Benn had a chance to clear the zone, but he lost track of the puck and allowed Colorado to maintain the attack. The goal helped Colorado maintain its league-leading power play efficiency (33.3%) 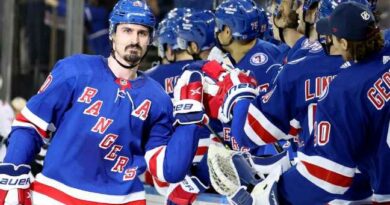 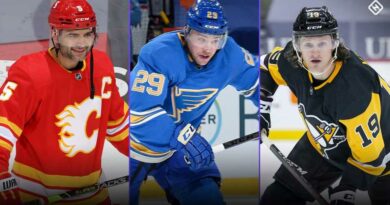