The news disseminated through Twitter quickly — and analysts, reporters and more around the league offered their initial thoughts on the franchise-altering news as it sank in that Babcock would be replaced by the franchise’s AHL head coach, Sheldon Keefe.

Here is a look at how people responded to the news on Twitter:

Commodore played 11 seasons in the NHL and developed a high-profile feud with Babcock along the way. He claimed that Babcock “screwed [him] over” while both were working in the Anaheim Ducks organization in 2002 and intentionally made him look bad so he could play a preferred player instead. Commodore signed with the Detroit Red Wings before the 2011-12 season, despite reservations about playing for Babcock again, and only played 17 games before being traded away. That season was his last in the NHL.

Blackburn was quick to make fun of Babcock’s “I’ve always bet on Mike Babcock, I’ll continue to bet on him,” quote he offered to reporters on Tuesday.

Prust places the blame for Toronto’s struggles squarely on Dubas, who had no prior NHL experience before the Leafs hired him as an assistant general manager in 2014. He stated that Toronto would be better off with Mark Hunter, who served as an assistant GM alongside Dubas and left the organization after Lamoriello’s ouster . 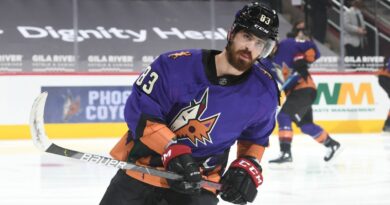 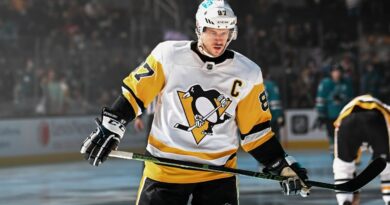 Penguins rule out Crosby for Game 6 vs. Rangers