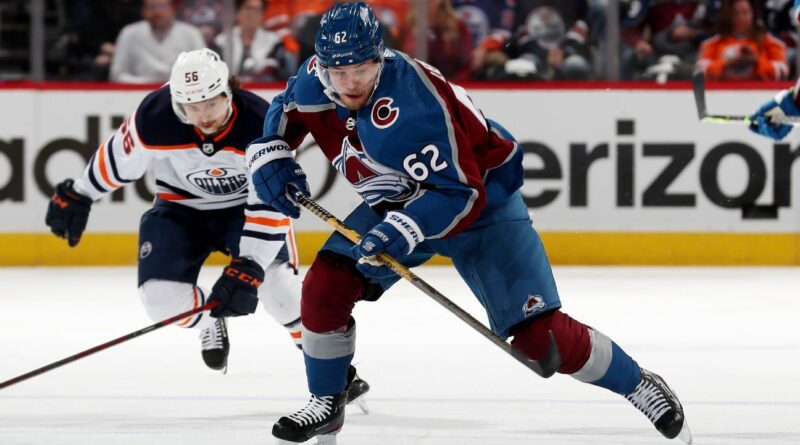 The 2022 Stanley Cup playoffs have blessed us with some superb — if expected — production from the game’s biggest stars. For Connor McDavid, Andrei Vasilevskiy, Mika Zibanejad, Leon Draisaitl, Cale Makar and Nathan MacKinnon (and many more), we are grateful.

However, it’s time we raise awareness about the players who came into the postseason with much less acclaim.

Unheralded performers have punctuated every series from the first round to the conference finals. They’ve picked up the slack, managed big workloads, pulled off gutsy moves and provided game-changing contributions you won’t find on the scoresheet.

In short, these players have been — or continue to be — under-the-radar stars. And the list is long.

We’re highlighting six of these players to whom attention must be paid, for all the underappreciated excellence they’ve added in this postseason:

Swapping prospect Justin Barron and a second-round draft pick with Montreal for Lehkonen was as smart as Lehkonen plays on the ice. He has taken Colorado’s offensive depth to another level, and his chemistry alongside Mikko Rantanen and Nazem Kadri — prior to the latter’s injury in Game 3 — this postseason is off the charts.

Their line had a breakout performance of sorts in Game 2 of the Western Conference finals against Edmonton, when that trio created all three goals (including one from Lehkonen) Colorado scored in the span of 2 minutes, 4 seconds.

Lehkonen is his unit’s silent scoring machine. He’s less flashy offensively but wields a hockey IQ that’s hard to match. Lehkonen can assess how a play is developing and make the key read to set up a teammate’s scoring chance or get a puck cleanly out of the zone. Because he is so good defensively, his role as a facilitator up front doesn’t get enough attention. It’s been a solid strength of his throughout these playoffs.

Over Colorado’s first 14 games, Lehkonen has six goals and five assists — including the series winner against the Oilers — while averaging 16:46 of ice time per game. The way Colorado’s second line has come on takes the pressure off its top unit to always be producing, and Lehkonen’s contributions have been paramount to lifting Rantanen out of a scoring slump.

Now that Kadri may miss some additional time with an injury, there’s more emphasis than ever on Colorado’s depth. Don’t sleep on Lehkonen the rest of the way here. He’s an integral piece of the Avalanche puzzle.

The Rangers acquired Vatrano from Florida for a fourth-round pick ahead of the trade deadline to add more 5-on-5 scoring to their arsenal. Vatrano delivered in the regular season with a dozen even-strength points in 22 games, while he and primary linemates Chris Kreider and Mika Zibanejad outscored opponents by an 11-5 margin at 5-on-5.

Vatrano has continued that success in the postseason, where he has made key contributions for New York. Not just on the score sheet, either.

Consider this sequence from Game 1 of Eastern Conference finals: Tampa controlled play in the first period until Vatrano backchecked in the defensive zone to knock a puck away from the ready-to-fire Ondrej Palat. It was a small — but key — decision that could go unnoticed but built to bigger things. Because moments later, it was Vatrano firing a wrister past Vasilevskiy to give New York a 2-1 lead in its eventual 6-2 victory.

It’s those little things that elevate Vatrano’s often unheralded skill set. He has never been heralded as the most defensively sound player, but as the Rangers have rolled through this postseason, he has shown real improvement in that 200-foot game. Vatrano does what has been asked of him, whether that’s getting in shot lanes (he averages over five blocked shots per game), being aggressive on the forecheck or just identifying key defensive moments to step up.

The winger might not see his name up in lights, but make no mistake, Vatrano’s a valuable player on the Rangers’ stage.

Listen, the Lightning have a lot of star power. It’s their thing. They have also benefited from some criminally underrated playoff contributors. Ross Colton is one of them.

Through 14 playoff games, Colton was tied for the second on the team in goals (five), and paced Tampa in game-winning goals (two; which is also second most in the postseason field).

In Game 2 of the Lightning’s second-round series against Florida, that was Colton scoring with 3.8 seconds left in regulation to push the Panthers one step closer to an eventual sweep. The scoring depth that a player like Colton provides is how Tampa Bay is back in the conference finals.

Colton clearly learned a lot from his playoff experience last season. He appeared in just 30 regular-season games, then averaged over 10 minutes per contest in each of Tampa’s 23 outings en route to a Cup win. But there’s no more “happy to be here” mentality in this 23-year-old. He has arrived to change the game.

This postseason, Colton has been bumped up to nearly 14 minutes of ice time per game, and he has carved out a role on the power play (1:40 per game) while seeing action in more critical situations during games. He was a physical force in Game 2 of the conference finals against New York, and created some of the Lightning’s best chances on Igor Shesterkin — including a brilliant third-period setup from the slot — in an eventual loss. He’s also had critical moments in the team’s wins in Game 3 and 4, though they haven’t dented the score sheet.

Yet for all Colton has to offer, he’s as unsung as they come.

There was a quintessential Faulk performance when St. Louis faced elimination in Game 5 of its second-round series against Colorado.

The Blues had to claw their way out of a 3-0 second-period deficit, and it was Faulk who facilitated Jordan Kyrou’s tying goal in the third. Then it was Faulk hustling end-to-end thwarting Gabriel Landeskog’s empty-net attempt to get the Blues to overtime. And once there, it was Faulk holding the zone to tee up Tyler Bozak’s game winner and prolong St. Louis’ season for one more game.

Faulk logged almost 30 minutes of ice time that night, and finished with one assist and one shot on goal. In the entire postseason, Faulk logged the sixth-heaviest workload among defenseman (25:58 TOI per game), scoring one goal and eight points in 12 games.

However, his most critical contributions couldn’t be seen in the box score.

St. Louis’ defense corps was maligned early in the regular season for being inconsistent, and Faulk was the steadying force required to eventually tighten that group into shape. Other than perhaps Ryan O’Reilly, Faulk emerged as the Blues’ most important player this season, yet he has flown mostly under the radar.

Faulk is the wise veteran who’s one step ahead. He’s anticipating, ready to pounce and make a play that creates something positive. Look at the goal he scored on Darcy Kuemper in Game 1 against Colorado, finding soft coverage in a dangerous area and catching the netminder off-guard. It’s a testament to Faulk’s hockey IQ, and he poured all those assets into St. Louis’ run.

Dallas entered the postseason as a wild-card team, and took the Pacific Division champion Calgary Flames all the way to overtime in Game 7 of their first-round series.

The Stars fell in that extra frame. But the primary reason they were there at all was their goaltender.

He was brilliant in the postseason, allowing just 13 goals in seven games, generating a .954 save percentage and 1.81 goals-against average — the save percentage ranks as the best of any goalie this postseason. While top talents like Shesterkin and Vasilevskiy have demanded headlines, Oettinger’s performance has become an afterthought.

After the first two rounds of the playoffs, Oettinger still owned the best goals saved above expected (+14.6) of any postseason goalie. The next best? Shesterkin, at +11.9.

Oettinger didn’t get the goal support his star turn deserved against Calgary. Dallas gave up the second-most shots per game in the postseason (41.0) while averaging the fewest shots on goal (27.9) and managing more than one goal in only four of the seven outings.

That just highlights even further how underappreciated Oettinger has been in the greater postseason conversation. He came close to single-handedly stealing a series, and no other goalie can say that.

Boston coach Bruce Cassidy made one of the more underrated decisions of these playoffs when he handed the Bruins’ net to Swayman.

Linus Ullmark had a solid regular season (.917 save percentage, 2.45 goals-against average) but faltered at the start of Boston’s first-round series against Carolina. Cassidy tapped him for Games 1 and 2, and Ullmark went 0-2 with an .860 SV% and 4.16 GAA. Not ideal.

The rookie had been part of Boston’s one-two punch in net with Ullmark throughout the season. But now Swayman was stepping into unfavorable conditions, down 2-0 to the Metropolitan Division powerhouse. Swayman was unfazed. He backstopped the Bruins to victory in their next two games, giving up just four goals total, and putting Boston back on equal footing.

It’s a testament to Swayman’s mental toughness that even after the Bruins laid an egg in Game 5, he bounced back again with a terrific showing in Game 6 to even the series once more. There was a calm and precision to Swayman’s approach, without a hint of panic. The Bruins played with increased confidence in front of Swayman as the series rolled on, a high compliment for any netminder.

Boston ultimately fell to Carolina in Game 7. The Bruins likely wouldn’t have reached that point were it not for that switch in the crease. Swayman’s .911 SV% in the postseason tied Sergei Bobrovsky’s and bested the likes of Marc-Andre Fleury and Jonathan Quick.

Most importantly, Swayman came close to carrying a banged-up but battling Boston team all the way to a series win. That’s worth recognizing.

Here Are All The People Who Complained To The FCC About The St. Louis Blues Saying "Fuck"