Home » Vasilevskiy, then who? NHL execs rank the top goalies 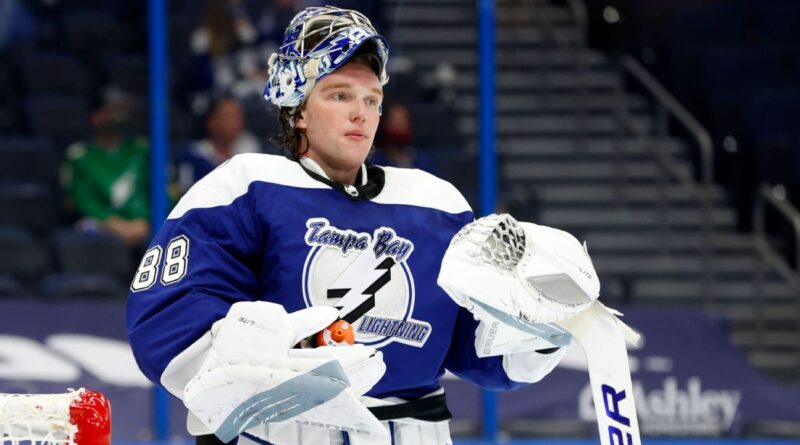 All we ask from our NHL positional-rankings voters is honesty and candor. After one veteran turned in his list of the top 10 goaltenders, his reaction fulfilled that obligation.

“I didn’t like the list at all,” he said. “When I started to piece this together, it was stunning. This was an interesting list because, man, it was hard coming up with 10 goalies.”

The coach said you didn’t have to go back farther than 10 years ago to understand his frustration. The Vezina Trophy voting in 2010-11 had Tim Thomas, Pekka Rinne, Roberto Luongo and Henrik Lundqvist in the top four spots. Carey Price and Marc-Andre Fleury were playing well. Jonathan Quick was on the cusp of his ascendence to elite-level goaltender. Martin Brodeur and Miikka Kiprusoff were nearing the ends of epic careers, but still playing well.

“It does speak to a potential goalie shortage,” he said.

Perhaps. But the best of the best in this year’s goalie rankings were clearly the best.

As a reminder on how these were produced, we canvassed 10 active NHL players — seven skaters, three goaltenders — and 10 individuals in team hockey operations, from coaches to general managers to player personnel executives. The surveys were conducted over the past two months. Respondents were asked to rank their top 10 players at center, winger, defenseman and goaltender, based on a predetermined list of the top 20-30 at each position. Players who were ranked in the top 10 on each ballot were given a numerical score — No. 1 earned 10 points, No. 2 earned nine points and so on.

After our lists of the top 10 wingers, top 10 defensemen and top 10 centers, here are the rankings for best goalies for the 2021 season, according to those we surveyed.

Stats are collected from sites such as Natural Stat Trick, Hockey Reference and Evolving Hockey.

“He just won a Cup,” said one NHL coach, “so he has to be the top-ranked goalie on this list.”

Vasilevskiy has provided ample justification for being ranked No. 1 — as he was on 16 ballots — beyond having backstopped the Lightning to the Stanley Cup last season. Vasilevskiy has a .932 save percentage this season, having been better than .917 in five straight seasons. He has 22 shutouts in that span. While wins shouldn’t be the measure of a netminder, it’s worth mentioning that Vasilevskiy is a stellar 141-46-11 in the past four seasons.

“It’s not even a debate worth having. Vasy’s gotta be No. 1,” said one veteran NHL skater.