The 2021 IIHF World Junior Championship is set to begin on Dec. 25 as 10 teams hit the ice with one goal in mind — gold. But before the stakes are raised, the teams will play a few tune-ups to make sure they’re ready to go.

To not show their hand too early to their group-stage opponents, teams will face off against the opposite bracket with some eye-popping match-ups on the slate. They may be exhibition games but you know some teams will be looking for revenge as they meet the team that sent them home early — or goldless — last year.

Here’s everything you need to know about the exhibitions to get yourself primed for the 2021 World Juniors.

What channel is the World Junior Championship being aired on?

Unlike previous years, every game at the 2021 tournament will be held on a single sheet, and as a result every World Junior tournament game will be aired live on NHL Network and TSN.

Canada and the United States will each play two tune-ups before the tournament gets underway. Team USA will take on Austria and Finland — the team that sent them home in the quarters in 2020 — in pre-tourney games. The Canadians meet Sweden before facing off against the team they beat in last year’s gold-medal game, Russia.

When will the 2021 World Junior Championship take place?

With every game being played at Rogers Place in Edmonton, an extra day has been tacked on this year. While the tournament usually kicks off on Boxing Day, this year things will run from Christmas Day to Jan. 5.

Two groups of five teams will compete in the group stage that spans the first seven days of competition — ending on New Year’s Eve. The eight surviving teams have New Year’s Day off before returning to action for the quarterfinals on Saturday, Jan. 2, with the winners advancing to the semifinals two days later. The bronze medal and gold medal games take place Tuesday, Jan. 5.

Which teams are in the World Junior Championship?

There are 10 teams participating, split into two groups of five. 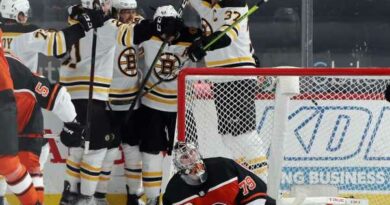 The Flyers have eaten another one