Home » Racing » After 8500km and two weeks of racing, Aussie misses out on Dakar glory by 43 seconds 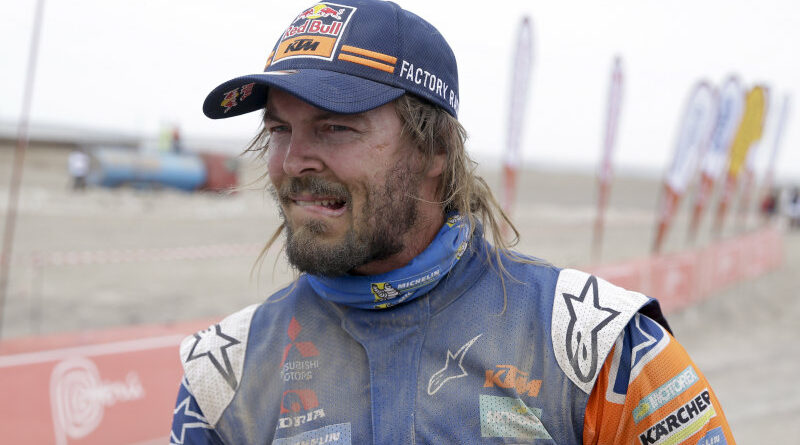 After 8500km and more than 44 hours of brutal racing over two weeks of unforgiving desert terrain, Toby Price could only gaze forlornly at a timesheet which showed he’d lost the Dakar Rally by an agonisingly slim margin – just 43 seconds.

It left the Australian motorcycle star shrugging in his own understated way: “It hurts a little bit.” 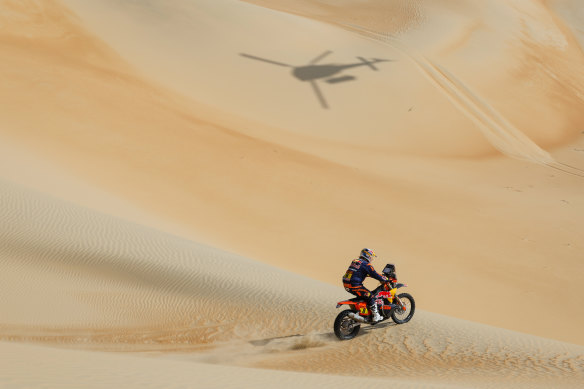 Toby Price in action during stage 10 of the Dakar Rally.Credit:AAP

It really must have done.

It was the most tightly fought battle the great race has recorded in its 45 editions. Price ended up having to give praise to another former winner Kevin Benavides, with the blow not really softened by the fact the Argentine victor is his Red Bull KTM teammate.

Never before had a biker lost the Dakar lead on the last stage and never before had the margin of defeat been so close. Two-time winner Price had set out on Sunday’s 14th and final stage in Saudi Arabia just 12 seconds ahead of Benavides. 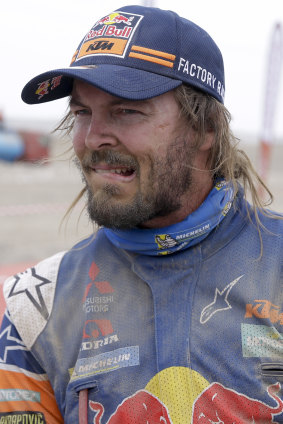 They were deeply unwelcome records for Price, who ended up frustrated at losing crucial seconds with a few mistakes at the “waypoint” markers dotted over the 136km “sprint” to the finish.

Hailed by organisers for his gentlemanly and sporting response to losing so narrowly, the 35-year-old was quick to salute Benavides for his “great job”.

“I am disappointed, we’ve come so damn far and to fall short by such a small margin is a tough one to swallow. However, full credit to Kevin, he rode a crazy solid race and I’m really proud of the entire team effort, this Dakar has been huge” Price said.

“Disappointment … just a little frustrated that, on the last day, they played with these 20-metre rules for the waypoints, and I had to turn back and get three of them.

“Yeah, hard to take at the moment, but at the end of the day I’m going home in one piece and we got a Dakar trophy.”

Indeed, it was the sixth time in the last nine editions that Price had made the podium. His first runner’s up spot goes alongside two victories and three third-place finishes.

And in such a perilous sport, Price could also reflect that coming home to the Gold Coast unscathed was always a bonus, especially as he’s had to abandon the race twice before and his 2022 campaign featured a crash at the Morocco Rally that ended with him being evacuated by helicopter.

Price’s compatriot Daniel Sanders, the race’s early leader, also persevered to the end, despite having to ride for hours in pain with a thorn buried in his arm.

Benavides, who won in 2021 with Honda, made a piece of Dakar history by becoming the first rider to win for two manufacturers.

“That makes me very proud – and it’s incredible to pull off the win at the end of this completely crazy Dakar, and with such a small gap,” he said.

Stan Sport is the only place to watch the SpeedSeries. Returns for the season-opener in February 2023 at Symmons Plains, with all the action streaming ad-free, live and on demand. 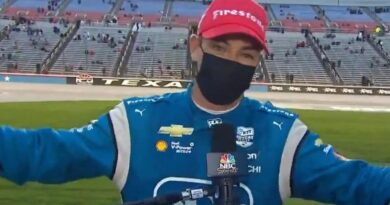