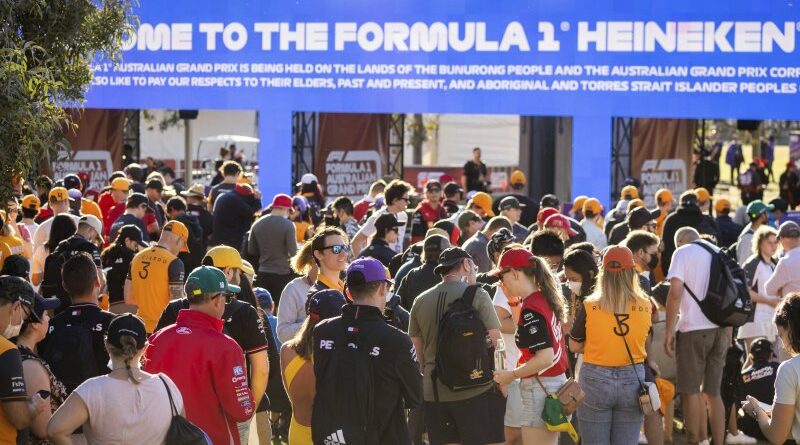 Next year’s Australian Grand Prix at Albert Park is on track for a record attendance after tickets for the Sunday race day sold out in three-and-a-half hours on Tuesday.

The appetite for Formula One among Australian sports fans is continuing its resurgence with a bumper crowd of up to 130,000 on the cards for the final day of the Melbourne event.

In April, thousands of fans converged on the Albert Park street circuit for the first Australian Grand Prix in three years. The long gap between races was due to the COVID-19 pandemic. 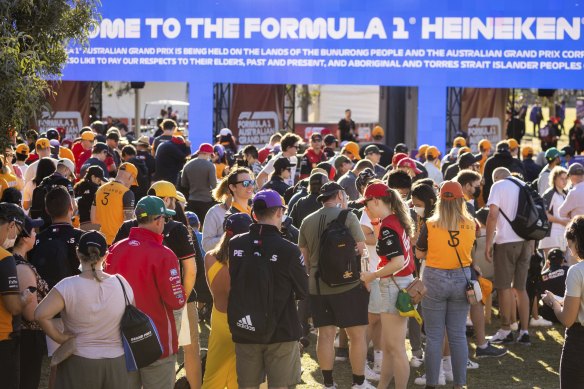 Crowds at the Australian Grand Prix this year were big. Credit:Paul Jeffers

The massively popular Netflix series about F1, and near-perfect weather were some reasons attributed to the bumper crowds. General admission tickets for this year’s race day officially sold out in late February, about five to six weeks before the grand prix. The Australian Grand Prix Corporation said 419,114 racegoers turned up for the four days of action between Thursday and Sunday.

But general admission tickets and grandstand spot for next April’s event went on sale at 10am on Tuesday and organisers were surprised by the rapid take-up.

The renewed interest in F1, especially from non-traditional markets and sparked by the Drive to Survive Netflix series, means the success of 2022 is almost certain to be repeated if not improved on.

This year’s figure includes those who attended for more than one day, who are therefore counted more than once.

Before the jam-packed crowds converged on Albert Park this year, the last time Formula One race cars tore around Melbourne’s lakeside track was in 2019 when the Netflix fly-on-the-wall series following the sport had only just been released.

Drive to Survive has since gone on to become a smash hit for the streaming service and its success has been credited with introducing new demographics to F1, particularly younger women.

Organisers anticipate that crowds for both the Saturday and Friday sessions of next April’s grand prix could also reach the Albert Park capacity of between 125,000 and 130,000 people.

‘We’d like to see him further up the grid’: Pressure mounting on Ricciardo as McLaren extend O’Ward deal