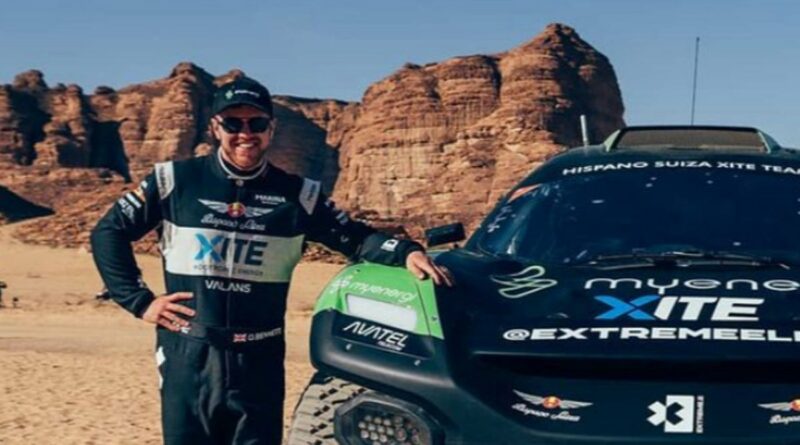 Facing blistering winds and scorching deserts might sound like the opening scene to a film, but it is the reality for drivers in motorsport’s newest and arguably most revolutionary series yet: Extreme E. It is certainly the reality for Britain’s Oliver Bennett.

The all-electric off-road racing series has already captured the attention of fans with its commitment to raising awareness about the problems caused by climate change, establishing legacy programmes in each race location and putting gender equality at the forefront of its mission.

Unlike other series, each car and team consists of a male and female driver, with driving duties equally split, and boasts some famous names among its team owners, including Formula One world champions Lewis Hamilton, Nico Rosberg and Jenson Button.

Bennett, the 28-year-old rallycross driver, has been partnered Italian-Canary rally star Christine Giampaoli Zonca for Hispano Suiza Xite Energy Team. The duo currently sit fifth in the Drivers’ Championship after the opening round in Saudi Arabia, the first of five locations.

Extreme E’s arrival on the scene could not have come at a more pivotal time, with the World Meteorological Organisation this month warning that global temperatures could rise 1.5C above pre-industrial levels in the next five years.

“This is definitely the right time for Extreme E to come along. Everything’s going electric, I see more kids pointing out a Tesla now than I do Ferraris,” Bennett tells The Independent.

“It’s not just about the racing, it’s about the bigger picture. The series has done something that no other sport is been able to do yet, to combine that entertainment value with electric racing. It has got the recipe to really showcase how in the future most motorsport should be.

“[Christine and I] both play a crucial role to the team, which is great for young aspiring women to get into motorsport. There are so many little things that when you put them all together, it’s quite game-changing.”

Racing in some of the world’s most difficult conditions, such as the Russell Glacier in Greenland, would prove to be more than enough work on its own. Yet Bennett manages to combine all that with being the co-founder, alongside Megan Jones, of Xite Energy, an energy drinks brand that uses natural caffeine and nootropics (cognitive amino acids) to boost energy in a sustained manner.

Striking the right balance between the two has not always been easy for the Bristol-born driver, and now the company is in the spotlight as Extreme E’s official energy drink supplier and as sponsors of his Hispano Suiza team. Judging by energy drinks’ success in other series, such as Red Bull in Formula One, this could be a match made in marketing heaven.

“It gets trickier over time as Xite is doing very well in the UK,” Bennett adds. “Having an energy drink within the motorsport environment was quite important from a marketing point of view, and it just so happened that I could drive the car relatively well at the same time.

“Extreme E was the perfect fit for a drink that’s taking energy drinks into a new area of sports science, focusing on nootropics and how they can help athletes perform. Looking at the New Age future of racing, everything’s going to go electric eventually. It seemed a perfect bill for Xite to showcase the performance of the drink in a sustainable way looking to the future.”

Xite’s mission to be sustainable extends beyond the racetrack, investing in renewable energy through its parent company Bee Green Energy. The firm is also working to be certified as a ‘B Corp’, emitting fewer pollutants into the environment than they produce.

With thoughts now turning to the Ocean X-Prix this weekend, Bennett and drivers throughout the grid will take away one key lesson from the season-opener Desert X-Prix last month – you can’t underestimate the task ahead.

“We were quite surprised to come fifth in the first event really, as it is as extreme as they say,” Bennett acknowledges.

“When you saw a few of those cars having problems, it definitely made you pull back a bit, even subconsciously you would. You’ve just seen a car flip over; you don’t want to do it yourself. In hindsight that probably wasn’t a bad thing, because there was a fine line between getting around and ending up on your roof.

“The short calendar plays into the strategy, because if you miss an event then you’ve also missed a lot of points and the points gaps are massive, which then adds the pressure to make sure you’re going fast. It’s that tortoise and the hare syndrome, the teams that can balance that and be the most consistent are going to do the best.”

Unpredictability appears to be the name of the game, and Bennett himself is keeping an open mind about the championship and challenges that lie ahead.

“It’s far too early to tell and I think it’s going to be very up much until the last event, where you really get to know who’s got a good chance to take it through to the top three.

“The conditions are still so unknown, even to us now that we’re in the series, I can’t really even tell you what Senegal is going to be like. We really do know nothing. As soon as you see it on TV, that’s the first time we’ve drove the car round the track, so it’s very new to us as it is to you.”

Round 2 of 2021 Extreme E Championship gets underway with the Ocean X-Prix in Senegal, from Saturday 29 May to Sunday 30 May. 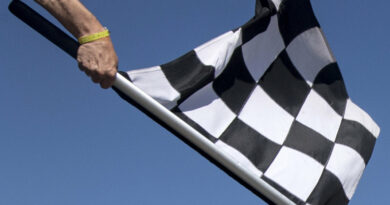