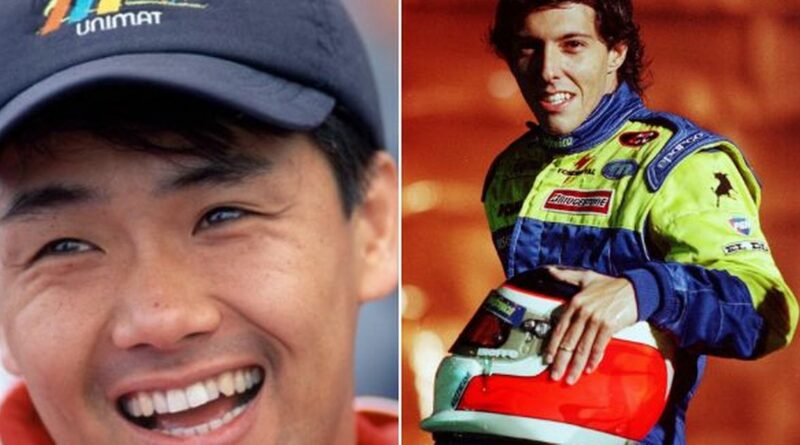 To the surprise of no one with an interest in Formula 1, it has been announced that Nicholas Latifi will be dropped by Williams at the end of this season.

The decision will also certainly lead to the end of the Canadian’s F1 career after three fruitless and incident-strewn years, which have seen him collect just seven points, and none so far this year. Latifi’s place in the sport’s top tier is owed in no small part to the wealth of his billionaire father Michael, whose Sofina Foods company has been a major Williams sponsor.

Given the colossal sums required to compete in motorsport, let alone F1, pay drivers have been around for as long as cars have been racing each other.

READ MORE: 10 Formula 1 drivers you completely forgot about – and what they are up to now

There have been good ones, average ones and downright embarrassing ones. Daily Star Sport rounds up eight of the worst pay drivers in F1 history.

Let’s kick off with the man of the moment, Nicholas Latifi. The Canadian had a reasonable junior career and was runner-up to Nyck de Vries in the 2019 Formula 2 championship, so his graduation to F1 wasn’t a complete injustice.

However, it’s a measure of his lack of pace that he is best known for being ironically known as ‘Goatifi’ by fans and for the crash which triggered the infamous safety period during last year’s title-deciding Abu Dhabi Grand Prix.

A teammate is the truest barometer of a driver’s speed, and Latifi has been comprehensively outpaced by all of his in F1. Admittedly, he’s had some stiff competition in George Russell and Alex Albon.

However, being out-performed by De Vries, who only found out he was driving 90 minutes before final practice at the Italian Grand Prix, was highly embarrassing and probably hastened Williams’ decision.

A nice, polite guy but clearly not cut out for the pinnacle of the sport.

While Latifi was out of his depth, he at least came across as a likable chap and will leave F1 with good wishes. The same cannot be said for Nikita Mazepin, whose character was questionable even before his first race after a video of him groping a young woman appeared on social media.

Haas defied calls for him to sacked, largely because they needed the money supplied via his dad Dmitry’s company, Uralkali.

Having opted not develop their car throughout the 2021 season – preferring instead to focus on the massive rule changes for 2022 – Mazepin and teammate Mick Schumacher knew they would be battling for second to last spot.

And Schumacher, whose own F1 future is hanging by a thread at present, comprehensively came out on top. The starkest gap between the pair was in qualifying, with the German winning their head-to-head 19-0 and with an average advantage of almost a second.

Mazepin also had a habit of throwing the car off the road on a regular basis, leading to the nickname ‘Mazespin’.

Following Russia ’s invasion of Ukraine, the Mazepins – Dmitry has close links with Vladimir Putin – were promptly kicked out of the sport.

Let’s head back into the 1990s when rubbish pay drivers were plentiful. That was largely down to the amount of tiny teams being run on shoestring budgets desperately needing drivers who could pay their way.

Arguably the worst of all time was Jean-Denis Deletraz, who drove for backmarkers Larousse and Simtek in the middle of decade. Deletraz made his F1 debut at the season-ending Australian Grand Prix of 1994, a race best known for Michael Schumacher securing the drivers’ title by crashing into Damon Hill’s Williams.

As Schumacher and Hill battled for the lead on the streets of Adelaide, they had to negotiate a moving green road block of Deletraz’s Larousse, which was lapping almost nine seconds slower.

Hilariously, Deletraz was penalised for going too fast at one point in the race… in the pitlane which landed him with a stop-go penalty. When he retired later in the race, he was an astonishing 10 laps behind the leaders.

Incredibly, that wasn’t his only appearance in F1. The deep pockets of his family came in handy again as he landed at drive with another cash-strapped team, Pacific, the following season.

For one race in Portugal, Deletraz qualified an incredible 12 seconds behind pole-sitter David Coulthard and dropped back at a similar rate during the race before reportedly retiring after feeling unwell. After five races of staggering ineptitude, he was dropped ahead of the final three rounds of the season when his money ran out.

Pacific boss Keith Wiggins said at the time: “He had defaulted on payment and on ability alone we are not prepared to keep him.”

You had to feel a little sorry for Taki Inoue, who owed his place on the grid thanks to the backing of his Japanese sponsors. Yes, he was slow, but he was also desperately unlucky.

Take his 1995 campaign with Footwork. During practice at the Monaco Grand Prix, having broken down, he was sitting in his car on the back of a truck heading back to the pits when a safety car crashed into the side of the truck, flipping Inoue’s car over and crushing his helmet. The bizarre incident left him with a concussion, but he still raced the following day, which almost certainly wouldn’t have been allowed these days.

Inoue was in the wars again at the Hungarian Grand Prix. After retiring with engine failure, he was helping the marshals put out his smoking Footwork, only to be run over by another course car. The blow was thankfully at low speed and Inoue soon got back to his feet to continue assisting the marshals.

The Australian Grand Prix of that year proved to be the last of his career, which ended with no points, a spate of retirements and just two top-10 finishes.

Inoue is now known for his self-deprecating sense of humour, publically declaring himself the "worst driver in Formula One"

Not quite, Taki, but you’re in the conversation.

A modest junior career mattered little to Alex Yoong. After all, he had the financial muscle of a Malaysian government-backed corporation behind him.

Someone with that kind of clout immediately made him attractive to minnows Minardi in the early 2000s. Yoong made his F1 debut at the 2001 Italian Grand Prix. Some chancer called Fernando Alonso was his teammate.

The Minardi pair qualified on the back row, with Alonso 1.5 seconds quicker. Yoong made it to lap 44 before spinning off.

After Alonso left for Renault, where he would win two world titles, Yoong was joined at Minardi by another superstar, Mark Webber, who out-qualified his Malaysian teammate at every single race. Yoong was dropped at the end of the season amid claims the sponsorship funds which secured his drive had not been received.

It signalled the end of a brief and point-less F1 career.

Another Minardi pay driver, Gaston Mazzacane made his debut for the team at the 2000 Italian Grand Prix. He actually threatened to finish in the points at the US Grand Prix of that year, running as a high a third at one stage on a damp track.

However, the Argentine ruined his own underdog story by running over several members of his pit crew when he came in for fresh tyres.

He was handed, on the face of it, a more competitive drive by Prost for 2001, but after being comprehensively outperformed by Jean Alesi, he left the French team after just four races. He never competed in F1 again.

Who would you add this list? Tell us in the comments section below.

Having friends in high places paid off for Yuji Ide in 2006 when he landed a drive with Honda junior team Super Aguri, run by his mate Aguri Suzuki.

At 31, he became one of F1’s oldest rookies. However, just four races into the season he was dropped. No friendship is strong enough to keep you in a seat when you’re lapping up five seconds a lap slower than your teammate, who at the time was Takuma Sato.

His final act in F1 saw him collide with Christijan Albers, whose Midland ended upside down. Ide’s superlicence was revoked soon afterwards.

Ricardo Rosset had the honour of having a Verstappen as his teammate during his brief F1 career. Jos Verstappen, that is.

During his season with Jos at Footwork in 1996, he failed to finish half the races and was outpaced in qualifying by his Dutch teammate at every single round.

He joined the ill-fated MasterCard Lola project for 1997, but the team quickly folded after failing to qualifying for the season-opening Australian Grand Prix.

But Rosset wasn’t done with F1 and he actually replaced Verstappen at Tyrrell in 1998 thanks to the financial clout he brought to the team. However, he failed to qualify for five races that season. Enough said. 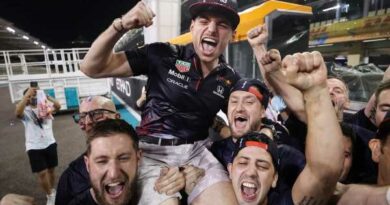 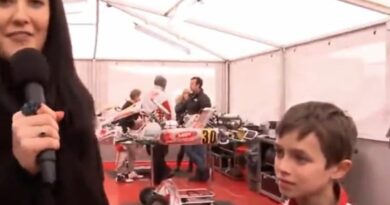